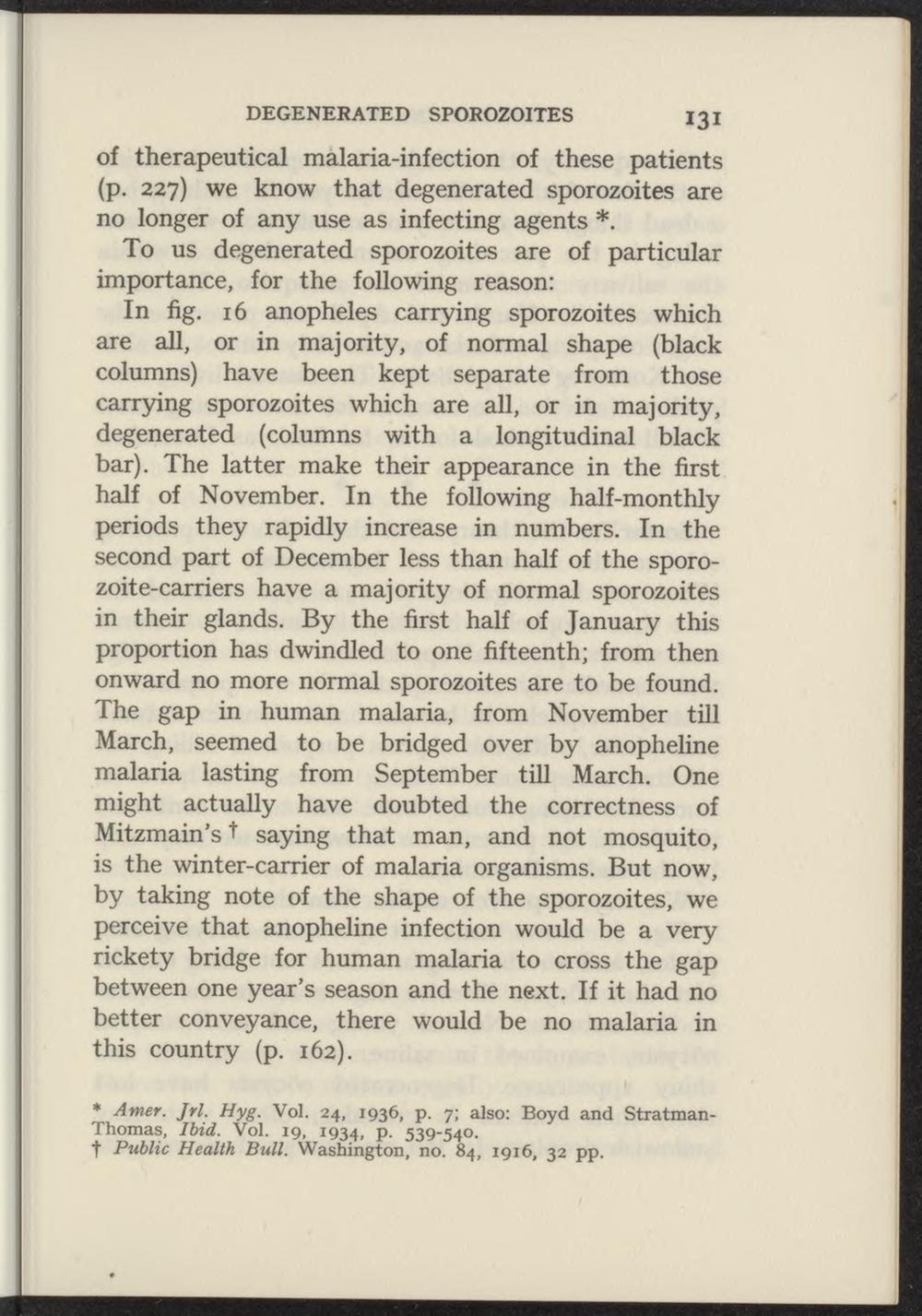 of therapeutical malaria-infection of these patients (p. 227) we know that degenerated sporozoites are no longer of any use as infecting agents *.

To us degenerated sporozoites are of particular importance, for the following reason:

In fig. 16 anopheles carrying sporozoites which are all, or in majority, of normal shape (black columns) have been kept separate from those carrying sporozoites which are all, or in majority, degenerated (columns with a longitudinal black bar). The latter make their appearance in the first half of November. In the following half-monthly periods they rapidly increase in numbers. In the second part of December less than half of the sporozoite-carriers have a majority of normal sporozoites in their glands. By the first half of January this proportion has dwindled to one fifteenth; from then onward no more normal sporozoites are to be found. The gap in human malaria, from November till March, seemed to be bridged over by anopheline malaria lasting from September till March. One might actually have doubted the correctness of Mitzmain's t saying that man, and not mosquito, is the winter-carrier of malaria organisms. But now, by taking note of the shape of the sporozoites, we perceive that anopheline infection would be a very rickety bridge for human malaria to cross the gap between one year's season and the next. If it had no better conveyance, there would be no malaria in this country (p. 162).