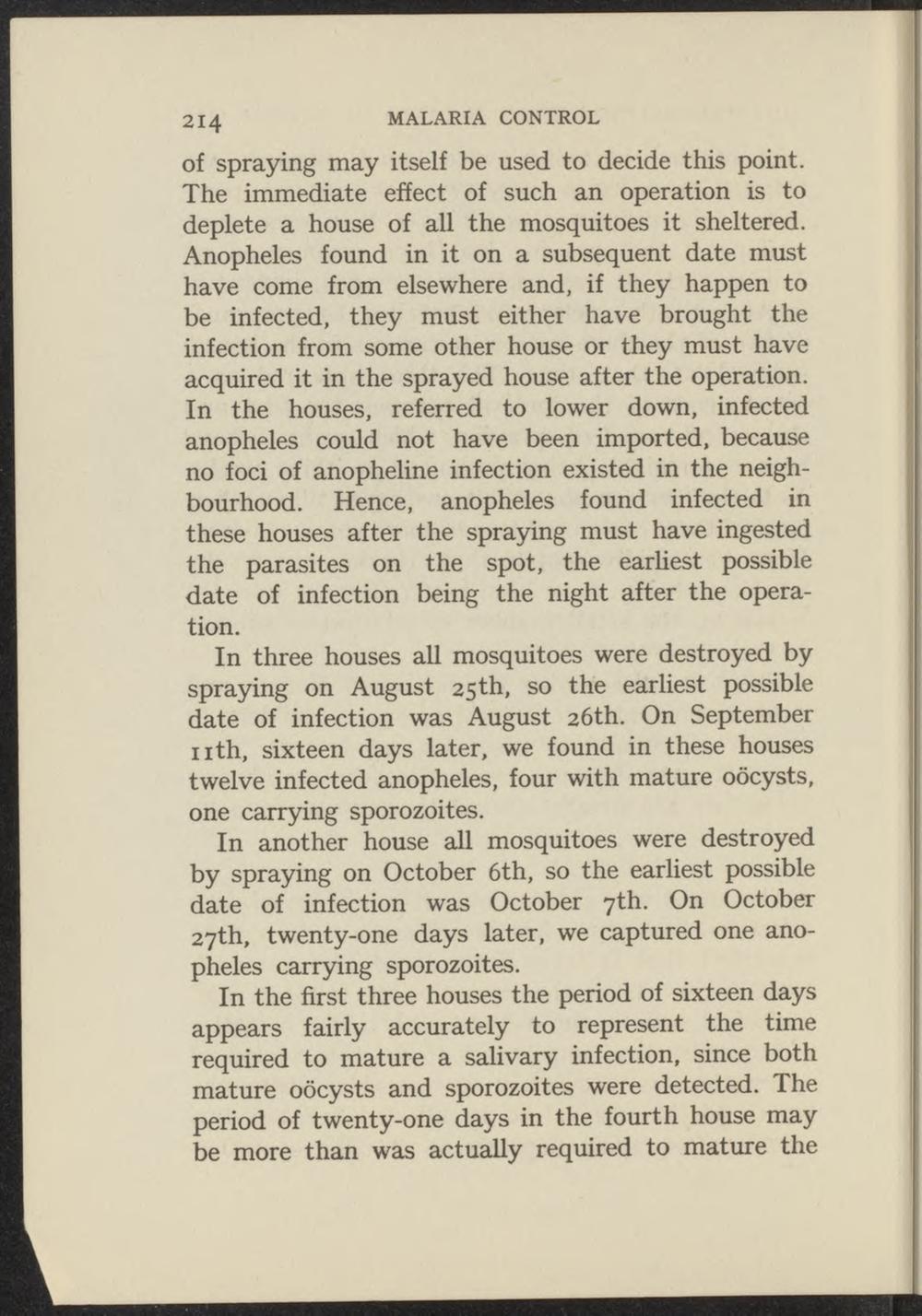 of spraying may itself be used to decide this point. The immediate effect of such an operation is to deplete a house of all the mosquitoes it sheltered. Anopheles found in it on a subsequent date must have come from elsewhere and, if they happen to be infected, they must either have brought the infection from some other house or they must have acquired it in the sprayed house after the operation. In the houses, referred to lower down, infected anopheles could not have been imported, because no foei of anopheline infection existed in the neighbourhood. Hence, anopheles found infected in these houses after the spraying must have ingested the parasites on the spot, the earliest possible date of infection being the night after the operation.

In three houses all mosquitoes were destroyed by spraying on August 2Sth, so the earliest possible date of infection was August 2Óth. On September nth, sixteen days later, we found in these houses twelve infected anopheles, four with mature oöcysts, one carrying sporozoites.

In another house all mosquitoes were destroyed by spraying on October 6th, so the earliest possible date of infection was October 7th. On October 27th, twenty-one days later, we captured one anopheles carrying sporozoites.