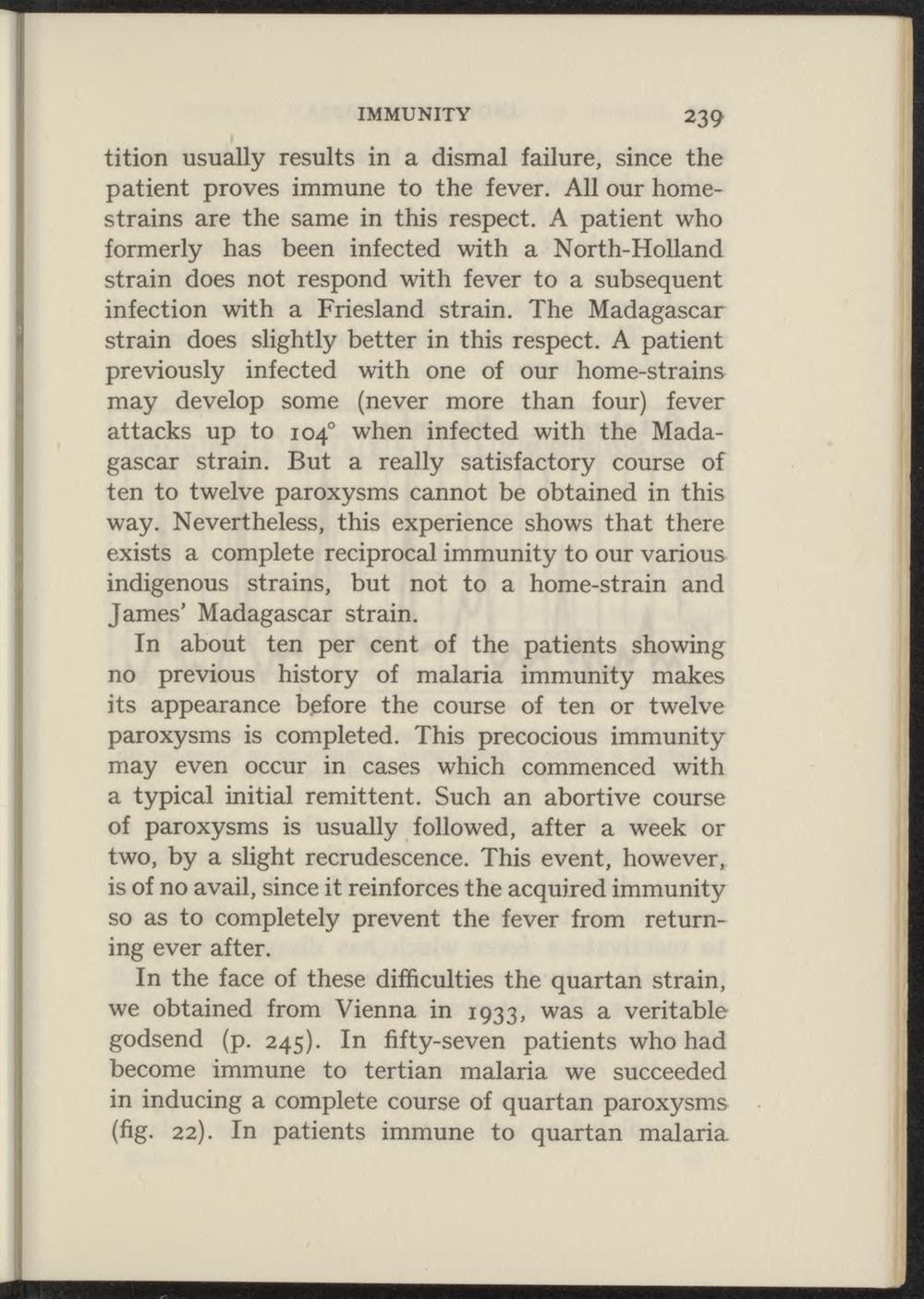 tition usually results in a dismal failure, since the patiënt proves immune to the fever. All our homestrains are the same in this respect. A patiënt who formerly has been infected with a North-Holland strain does not respond with fever to a subsequent infection with a Friesland strain. The Madagascar strain does slightly better in this respect. A patiënt previously infected with one of our home-strains may develop some (never more than four) fever attacks up to 104° when infected with the Madagascar strain. But a really satisfactory course of ten to twelve paroxysms cannot be obtained in this way. Nevertheless, this experience shows that there exists a complete reciprocal immunity to our various indigenous strains, but not to a home-strain and James' Madagascar strain.

In about ten per cent of the patients showing no previous history of malaria immunity makes its appearance before the course of ten or twelve paroxysms is completed. This precocious immunity may even occur in cases which commenced with a typical initial remittent. Such an abortive course of paroxysms is usually followed, after a week or two, by a slight recrudescence. This event, however, is of no avail, since it reinforces the acquired immunity so as to completely prevent the fever from returning ever after.

In the face of these difficulties the quartan strain, we obtained from Vienna in 1933, was a veritable godsend (p. 245). In fifty-seven patients who had become immune to tertian malaria we succeeded in inducing a complete course of quartan paroxysms (fig. 22). In patients immune to quartan malaria