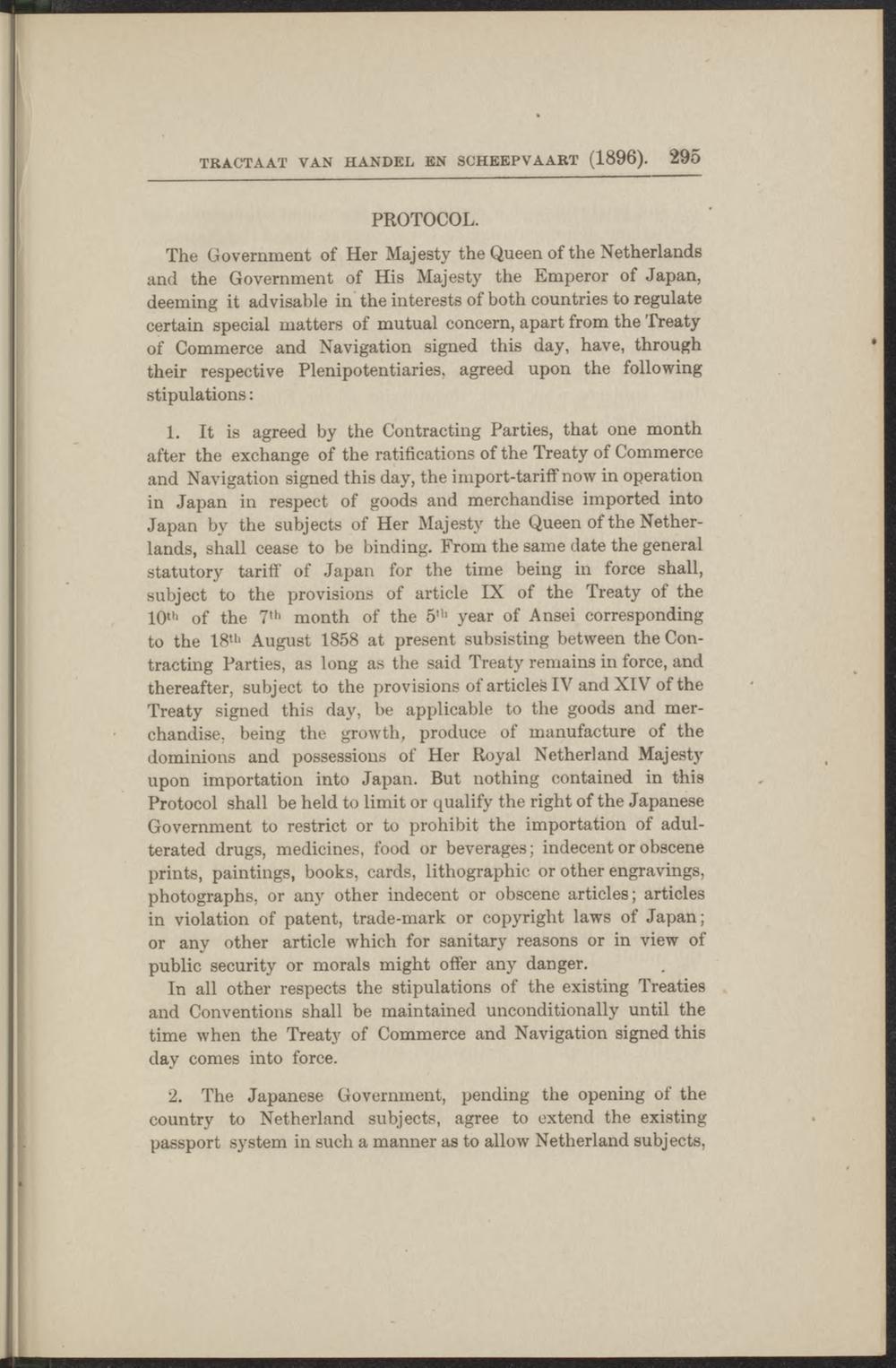 The Government of Her Majesty the Queen of the Netherlands and the Government of His Majesty the Emperor of Japan, deeming it advisable in the interests of both countries to regulate certain special matters of mutual concern, apart from the Treaty of Commerce and Navigation signed this day, have, through their respective Plenipotentiaries, agreed upon the following stipulations:

1. It is agreed by the Contracting Parties, that one month after the exchange of the ratifications of the Treaty of Commerce and Navigation signed this day, the irnport-tariff now in operation in Japan in respect of goods and merchandise imported into Japan by the subjects of Her Majesty the Queen of the Netherlands, shall cease to be binding. From the same date the general statutory tariff of Japan for the time being in force shall, subject to the provisions of article IX of the Treaty of the 10th of the 7,h month of the 5"' year of Ansei corresponding to the 18th August 1858 at present subsisting between the Contracting Parties, as long as the said Treaty remains in force, and thereafter, subject to the provisions of articles IV and XIV of the Treaty signed this day, be applicable to the goods and merchandise. being the growth, produce of manufacture of the dominions and possessions of Her Royal Netherland Majesty upon importation into Japan. But nothing contained in this Protocol shall be held to limit or qualify the right of the Japanese Government to restrict or to prohibit the importation of adulterated drugs, medicines, food or beverages; indecent or obscene prints, paintings, books, cards, lithographic or other engravings, photographs, or any other indecent or obscene articles; articles in violation of patent, trade-mark or copyright laws of Japan; or any other article which for sanitary reasons or in view of public security or morals might offer any danger.

In all other respects the stipulations of the existing Treaties and Conventions shall be maintained unconditionally until the time when the Treaty of Commerce and Navigation signed this day comes into force.