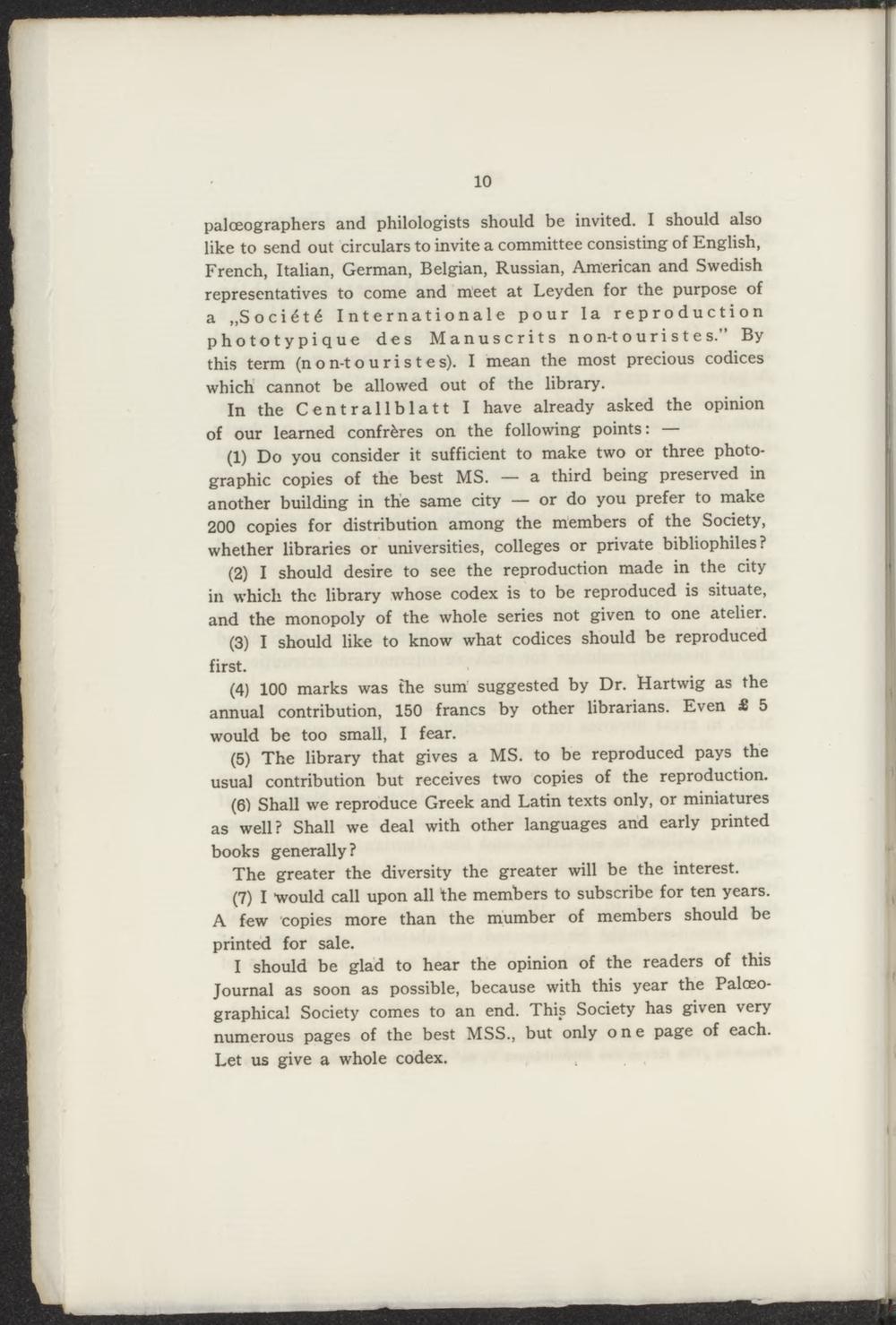 palceographers and philologists should be invited. I should also like to send out circulars to invite a committee consisting of English, French, Italian, German, Belgian, Russian, American and Swedish representatives to come and meet at Leyden for the purpose of a „Société Internationale pour la reproduction phototypique des Manuscrits non-touristes." By this term (non-touristes). I mean the most precious codices which cannot be allowed out of the library.

In the Centrallblatt I have already asked the opinion of our learned confrères on the following points: —

(1) Do you consider it sufficiënt to make two or three photographic copies of the best MS. — a third being preserved in another building in the same city — or do you prefer to make 200 copies for distribution among the members of the Society, whether libraries or universities, colleges or private bibliophiles ?

(2) I should desire to see the reproduction made in the city in which the library whose codex is to be reproduced is situate, and the monopoly of the whole series not given to one atelier.

(3) I should like to know what codices should be reproduced first.

(4) 100 marks was the sum suggested by Dr. Hartwig as the annual contribution, 150 francs by other librarians. Even £ 5 would be too small, I fear.

(5) The library that gives a MS. to be reproduced pays the usual contribution but receives two copies of the reproduction.

(6) Shall we reproduce Greek and Latin texts only, or miniatures as well? Shall we deal with other languages and early printed

The greater the diversity the greater will be the interest.

(7) I 'would call upon all the members to subscribe for ten years. A few copies more than the mumber of members should be

I should be glad to hear the opinion of the readers of this Journal as soon as possible, because with this year the Palceographical Society comes to an end. This Society has given very numerous pages of the best MSS., but only one page of each. Let us give a whole codex.