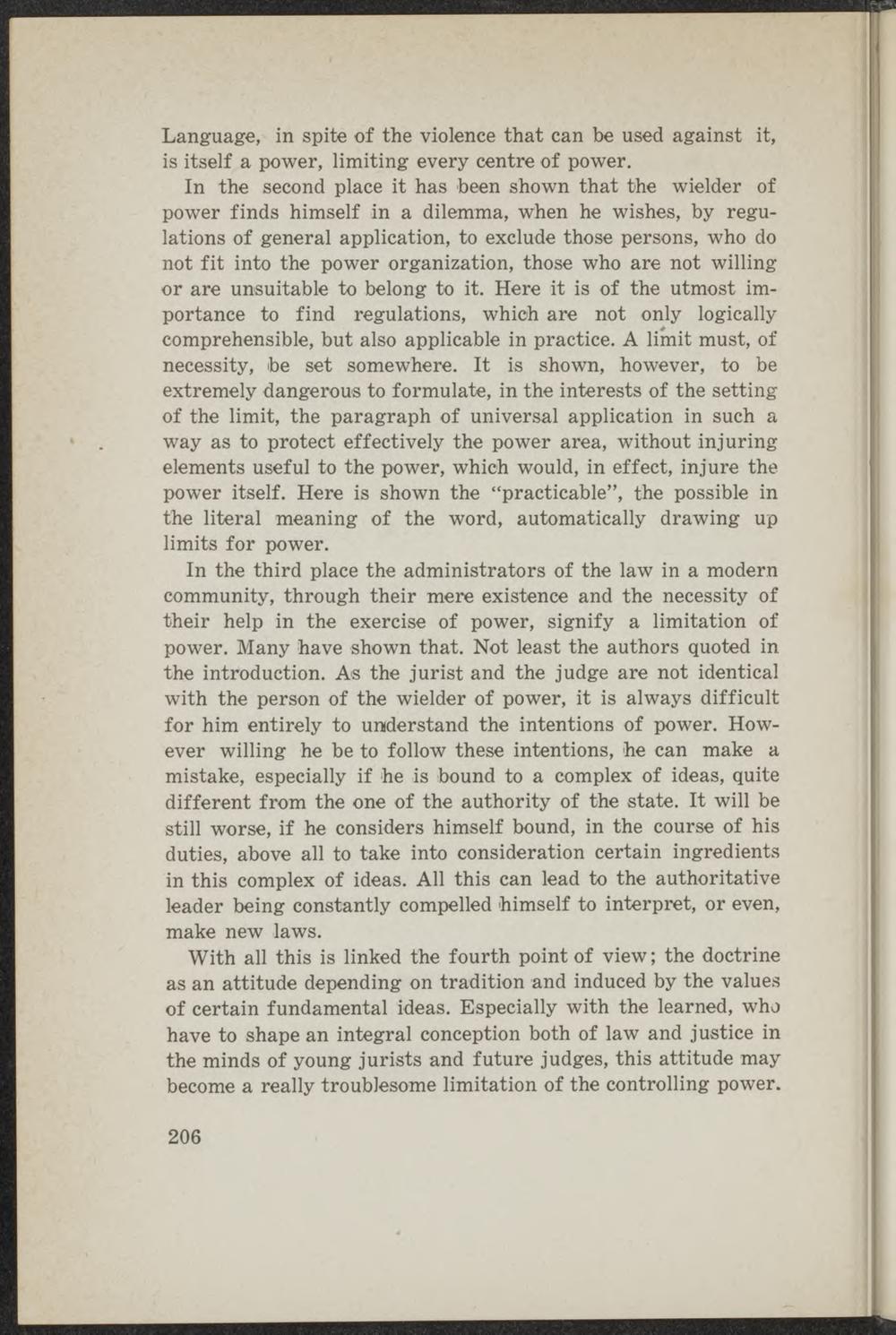 Language, in spite of the violence that can be used against it, is itself a power, limiting every centre of power.

In the second place it has been shown that the wielder of power finds himself in a dilemma, when he wishes, by regulations of general application, to exclude those persons, who do not fit into the power organization, those who are not willing or are unsuitable to belong to it. Here it is of the utmost importance to find regulations, which are not only logically comprehensible, but also applicable in practice. A limit must, of necessity, be set somewhere. It is shown, however, to be extremely dangerous to formulate, in the interests of the setting of the limit, the paragraph of universal application in such a way as to protect effectively the power area, without injuring elements useful to the power, which would, in effect, inj ure the power itself. Here is shown the "practicable", the possible in the literal meaning of the word, automatically drawing up limits for power.

In the third place the administrators of the law in a modern community, through their mere existence and the necessity of their help in the exercise of power, signify a limitation of power. Many have shown that. Not least the authors quoted in the introduction. As the jurist and the judge are not identical with the person of the wielder of power, it is always difficult for him entirely to umderstand the intentions of power. However willing he be to follow these intentions, he can make a mistake, especially if he is bound to a complex of ideas, quite different from the one of the authority of the state. It will be still worse, if he considers himself bound, in the course of his duties, above all to take into consideration certain ingredients in this complex of ideas. All this can lead to the authoritative leader being constantly compelled himself to interpret, or even, make new laws.

With all this is linked the fourth point of view; the doctrine as an attitude depending on tradition and induced by the values of certain fundamental ideas. Especially with the learned, who have to shape an integral conception both of law and justice in the minds of young jurists and future judges, this attitude may become a really troublesome limitation of the controlling power.