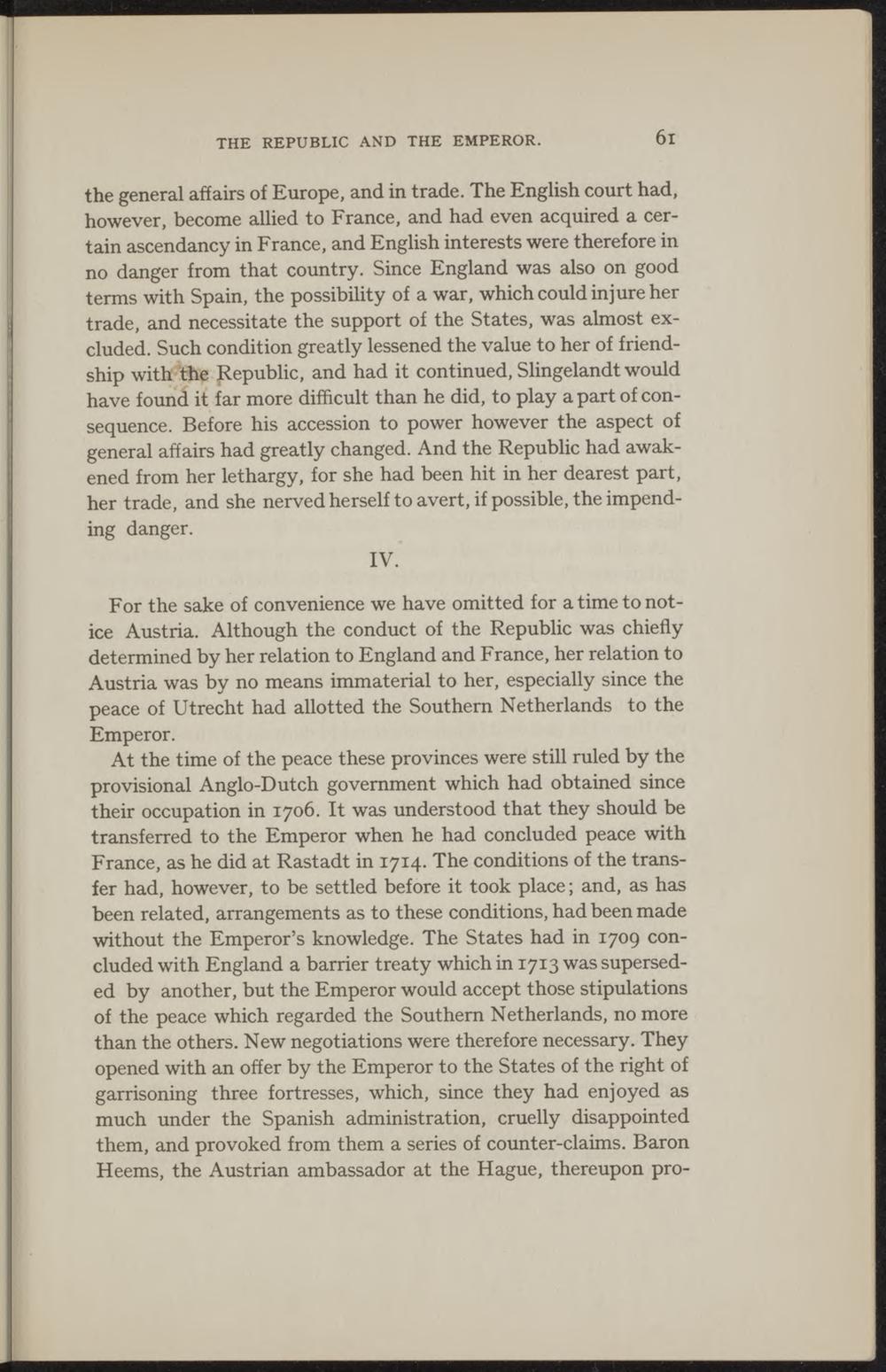 the general affairs of Europe, and in trade. The English court had, however, become allied to France, and had even acquired a certain ascendancy in France, and English interests were therefore in no danger from that country. Since England was also on good terms with Spain, the possibility of a war, whichcouldinjureher trade, and necessitate the support of the States, was almost excluded. Such condition greatly lessened the value to her of friendship with the Republic, and had it continued, Slingelandt would have found it far more difficult than he did, to play a part of consequence. Bef ore his accession to power however the aspect of general affairs had greatly changed. And the Republic had awakened from her lethargy, for she had been hit in her dearest part, her trade, and she nerved herself to avert, if possible, the impending danger.

For the sake of convenience we have omitted for a time to notice Austria. Although the conduct of the Republic was chiefly determined by her relation to England and France, her relation to Austria was by no means immaterial to her, especially since the peace of Utrecht had allotted the Southern Netherlands to the Emperor.

At the time of the peace these provinces were still ruled by the provisional Anglo-Dutch government which had obtained since their occupation in 1706. It was understood that they should be transferred to the Emperor when he had concluded peace with France, as he did at Rastadt in 1714. The conditions of the transfer had, however, to be settled before it took place; and, as has been related, arrangements as to these conditions, had been made without the Emperor's knowledge. The States had in 1709 concluded with England a barrier treaty which in 1713 was superseded by another, but the Emperor would accept those stipulations of the peace which regarded the Southern Netherlands, no more than the others. New negotiations were therefore necessary. They opened with an offer by the Emperor to the States of the right of garrisoning three fortresses, which, since they had enjoyed as much under the Spanish administration, cruelly disappointed them, and provoked from them a series of counter-claims. Baron Heems, the Austrian ambassador at the Hague, thereupon pro-