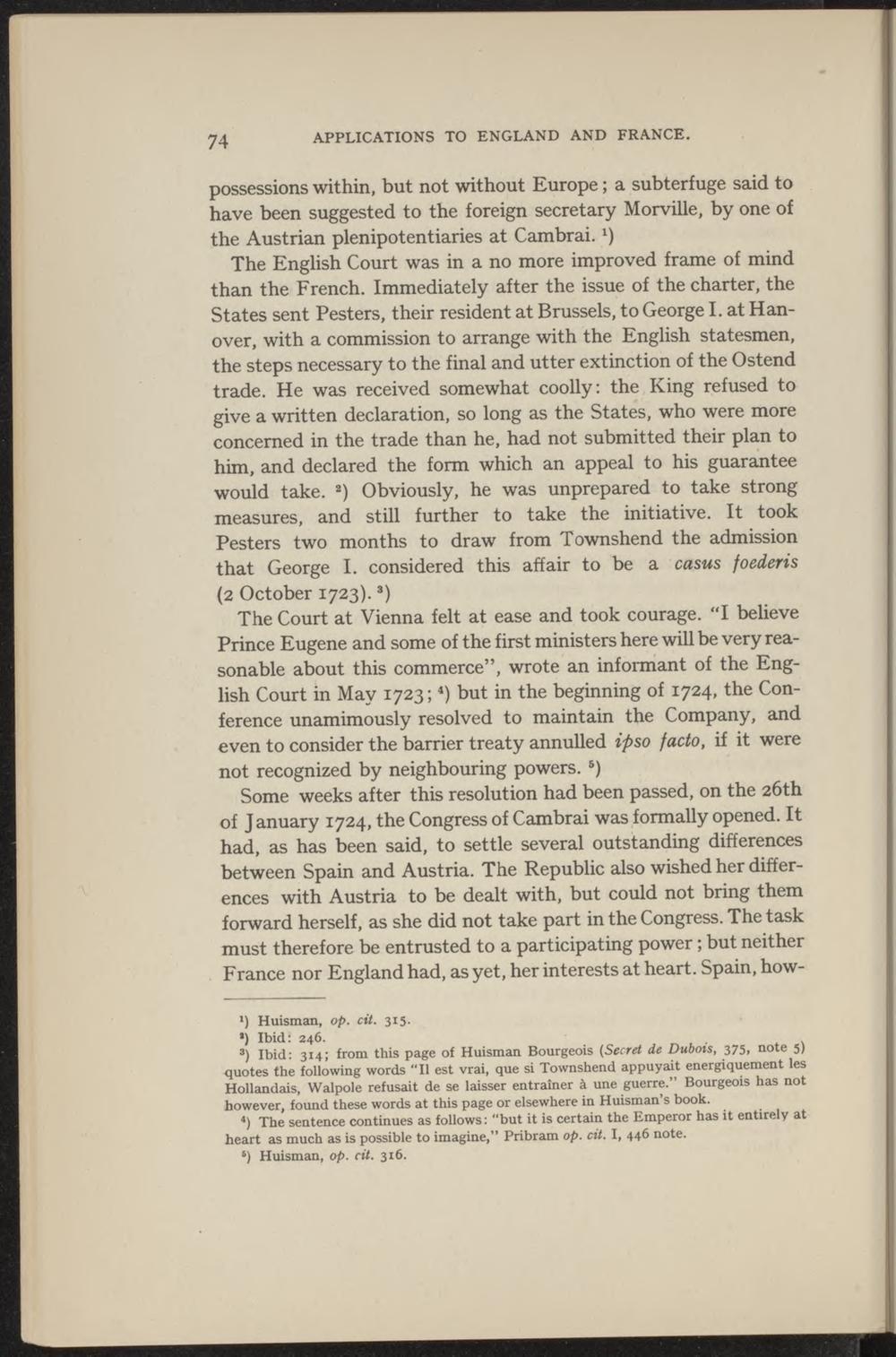 possessions within, but not without Europe; a subterfuge said to have been suggested to the foreign secretary Morville, by one of the Austrian plenipotentiaries at Cambrai. *)

The English Court was in a no more improved frame of mind than the French. Immediately after the issue of the charter, the States sent Pesters, their resident at Brussels, to George I. at Hanover, with a commission to arrange with the English statesmen, the steps necessary to the final and utter extinction of the Ostend trade. He was received somewhat coolly: the King refused to give a written declaration, so long as the States, who were more concerned in the trade than he, had not submitted their plan to him, and declared the form which an appeal to his guarantee would take. 2) Obviously, he was unprepared to take strong measures, and still further to take the initiative. It took Pesters two months to draw from Townshend the admission that George I. considered this affair to be a casus foederis (2 October 1723).3)

The Court at Vienna feit at ease and took courage. "I believe Prince Eugene and some of the first ministers here will be very reasonable about this commerce", wrote an informant of the English Court in May 1723;4) but in the beginning of 1724, the Conference unamimously resolved to maintain the Company, and even to consider the barrier treaty annulled ipso facto, if it were not recognized by neighbouring powers. 6)

Some weeks after this resolution had been passed, on the 2Öth of January 1724, the Congress of Cambrai was formally opened. It had, as has been said, to settle several outstanding differences between Spain and Austria. The Republic also wished her differences with Austria to be dealt with, but could not bring them forward herself, as she did not take part in the Congress. The task must therefore be entrusted to a participating power; but neither France nor England had, as yet, her interests at heart. Spain, how-

4) The sentence continues as follows: "but it is certain the Emperor has it entirely at heart as much as is possible to imagine," Pribram op. cit. I, 446 note.