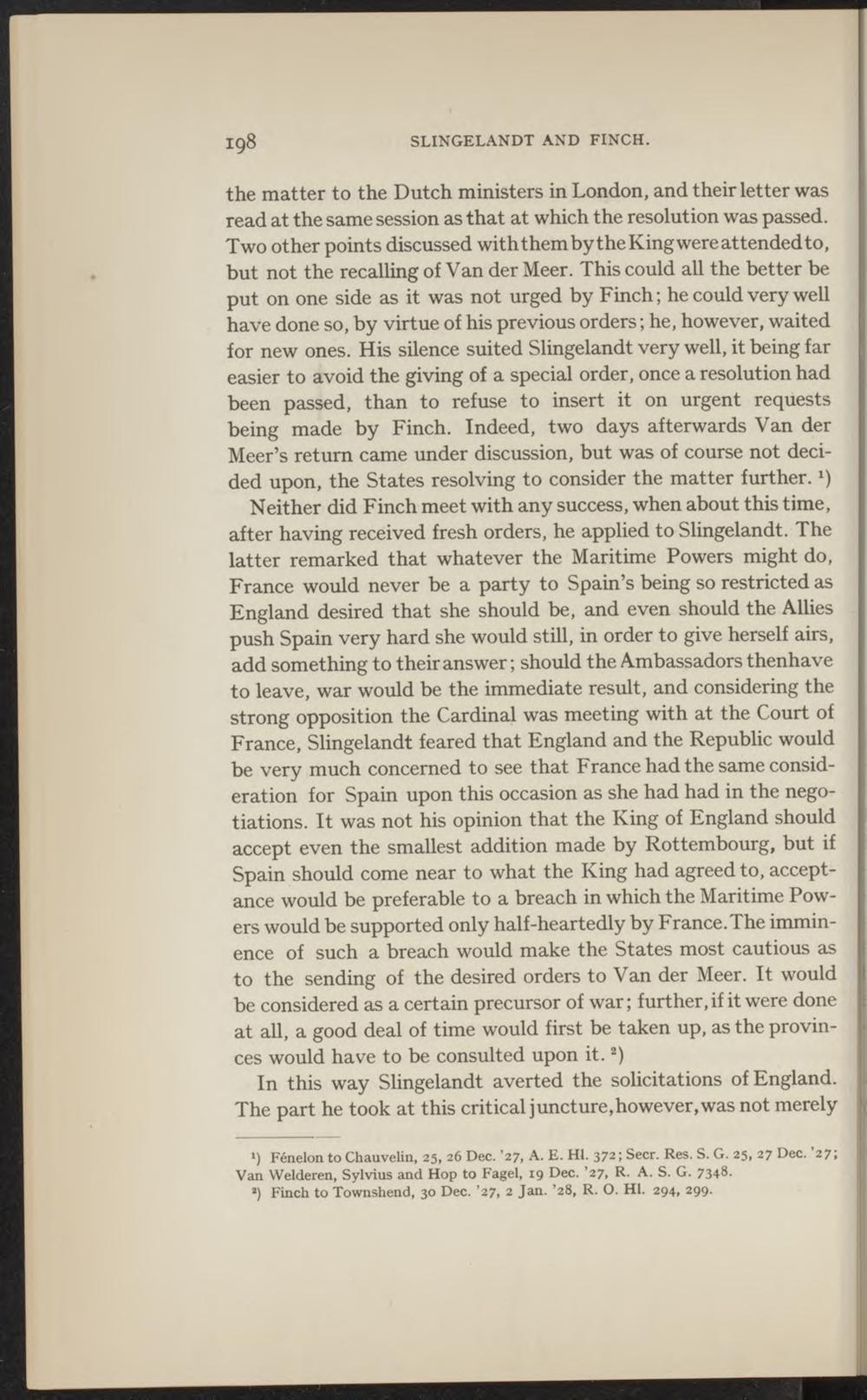 the matter to the Dutch ministers in London, and their letter was read at the same session as that at which the resolution was passed. Two other points discussed withthembytheKingwereattendedto, but not the recalling of Van der Meer. This could all the better be put on one side as it was not urged by Finch; hecould very well have done so, by virtue of his previous orders; he, however, waited for new ones. His silence suited Slingelandt very well, it being far easier to avoid the giving of a special order, once a resolution had been passed, than to refuse to insert it on urgent requests being made by Finch. Indeed, two days afterwards Van der Meer's return came under discussion, but was of course not decided upon, the States resolving to consider the matter further.*)

Neither did Finch meet with any success, when about this time, af ter having received fresh orders, he applied to Slingelandt. The latter remarked that whatever the Maritime Powers might do, France would never be a party to Spain's being so restricted as England desired that she should be, and even should the Allies push Spain very hard she would still, in order to give herself airs, add something to their answer; should the Ambassadors thenhave to leave, war would be the immediate result, and considering the strong opposition the Cardinal was meeting with at the Court of France, Slingelandt feared that England and the Republic would be very much concerned to see that France had the same consideration for Spain upon this occasion as she had had in the negotiations. It was not his opinion that the King of England should accept even the smallest addition made by Rottembourg, but if Spain should come near to what the King had agreed to, acceptance would be preferable to a breach in which the Maritime Powers would be supported only half-heartedly by France.The imminence of such a breach would make the States most cautious as to the sending of the desired orders to Van der Meer. It would be considered as a certain precursor of war; further, if it were done at all, a good deal of time would first be taken up, as the provinces would have to be consulted upon it.2)

In this way Slingelandt averted the solicitations of England. The part he took at this critical juncture,however, was not merely