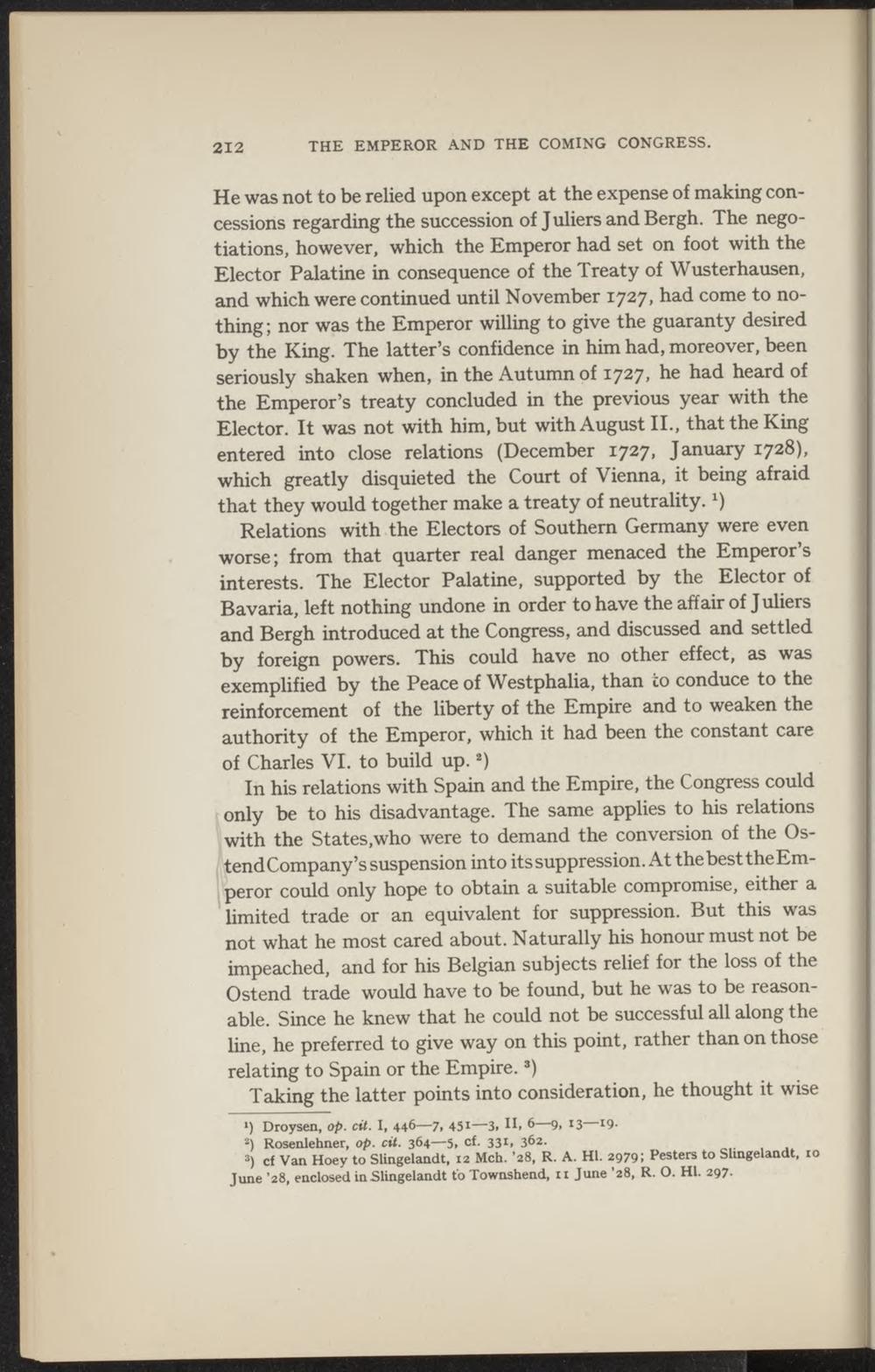 He was not to be relied upon except at the expense of making concessions regarding the succession of JuliersandBergh. The negotiations, however, which the Emperor had set on foot with the Elector Palatine in consequence of the Treaty of Wusterhausen, and which were continued until November 1727, had come to nothing; nor was the Emperor willing to give the guaranty desired by the King. The latter's confidence in him had, moreover, been seriously shaken when, in the Autumnof 1727» he had heard of the Emperor's treaty concluded in the previous year with the Elector. It was not with him.but with August II., that the King entered into close relations (December 1727, January 1728), which greatly disquieted the Court of Vienna, it being afraid that they would together make a treaty of neutrality.*)

Relations with the Electors of Southern Germany were even worse; from that quarter real danger menaced the Emperor's interests. The Elector Palatine, supported by the Elector of Bavaria, left nothing undone in order to have the affair of Juliers and Bergh introduced at the Congress, and discussed and settled by foreign powers. This could have no other effect, as was exemplified by the Peace of Westphalia, than co conduce to the reinforcement of the liberty of the Empire and to weaken the authority of the Emperor, which it had been the constant care of Charles VI. to build up.2)

In his relations with Spain and the Empire, the Congress could only be to his disadvantage. The same applies to his relations with the States,who were to demand the conversion of the Ostend Company's suspension into its suppression. At the best the Emperor could only hope to obtain a suitable compromise, either a limited trade or an equivalent for suppression. But this was not what he most cared about. Naturally his honour must not be impeached, and for his Belgian subjects relief for the loss of the Ostend trade would have to be found, but he was to be reasonable. Since he knew that he could not be successful all along the line, he preferred to give way on this point, rather than on those relating to Spain or the Empire.3)

Taking the latter points into consideration, he thought it wise