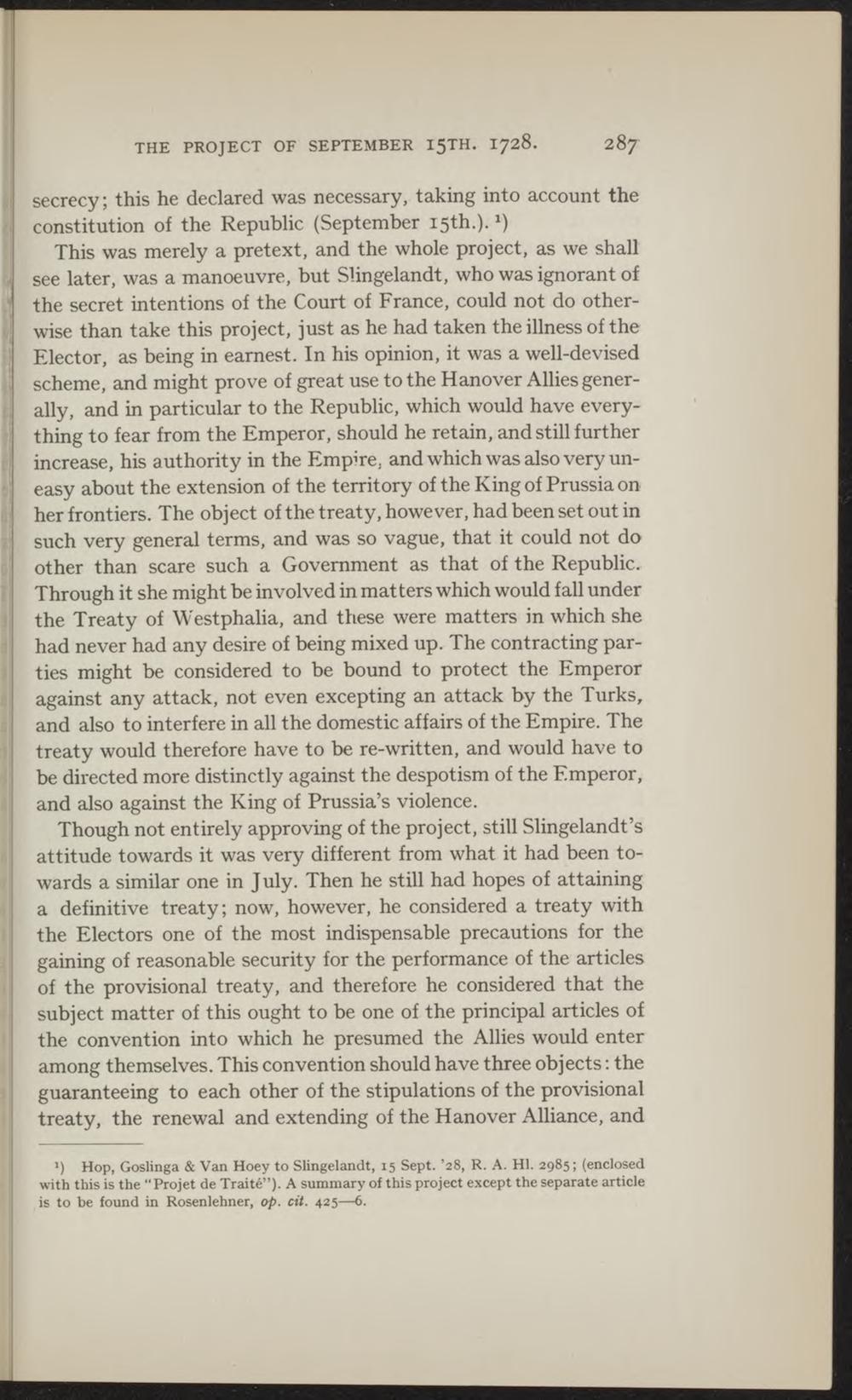 secrecy; this he declared was necessary, taking into account the constitution of the Republic (September I5th.).J)

This was merely a pretext, and the whole project, as we shall see later, was a manoeuvre, but Slingelandt, who was ignorant of the secret intentions of the Court of France, could not do otherwise than take this project, just as he had taken the illness of the Elector, as being in earnest. In his opinion, it was a well-devised scheme, and might prove of great use tothe Hanover Alliesgenerally, and in particular to the Republic, which would have everything to fear from the Emperor, should he retain, and still further increase, his authority in the Empire, and which was also very uneasy about the extension of the territory of the King of Prussia on her frontiers. The object of the treaty, however, had been set out in such very general terms, and was so vague, that it could not do other than scare such a Government as that of the Republic. Through it she might be involved in matters which would fall under the Treaty of Westphalia, and these were matters in which she had never had any desire of being mixed up. The contracting parties might be considered to be bound to protect the Emperor against any attack, not even excepting an attack by the Turks, and also to interfere in all the domestic affairs of the Empire. The treaty would therefore have to be re-written, and would have to be directed more distinctly against the despotism of the Emperor, and also against the King of Prussia's violence.

Though not entirely approving of the project, still Slingelandt's attitude towards it was very different from what it had been towards a similar one in J uly. Then he still had hopes of attaining a definitive treaty; now, however, he considered a treaty with the Electors one of the most indispensable precautions for the gaining of reasonable security for the performance of the articles of the provisional treaty, and therefore he considered that the subject matter of this ought to be one of the principal articles of the convention into which he presumed the Allies would enter among themselves. This convention should have three objects: the guaranteeing to each other of the stipulations of the provisional treaty, the renewal and extending of the Hanover Alliance, and