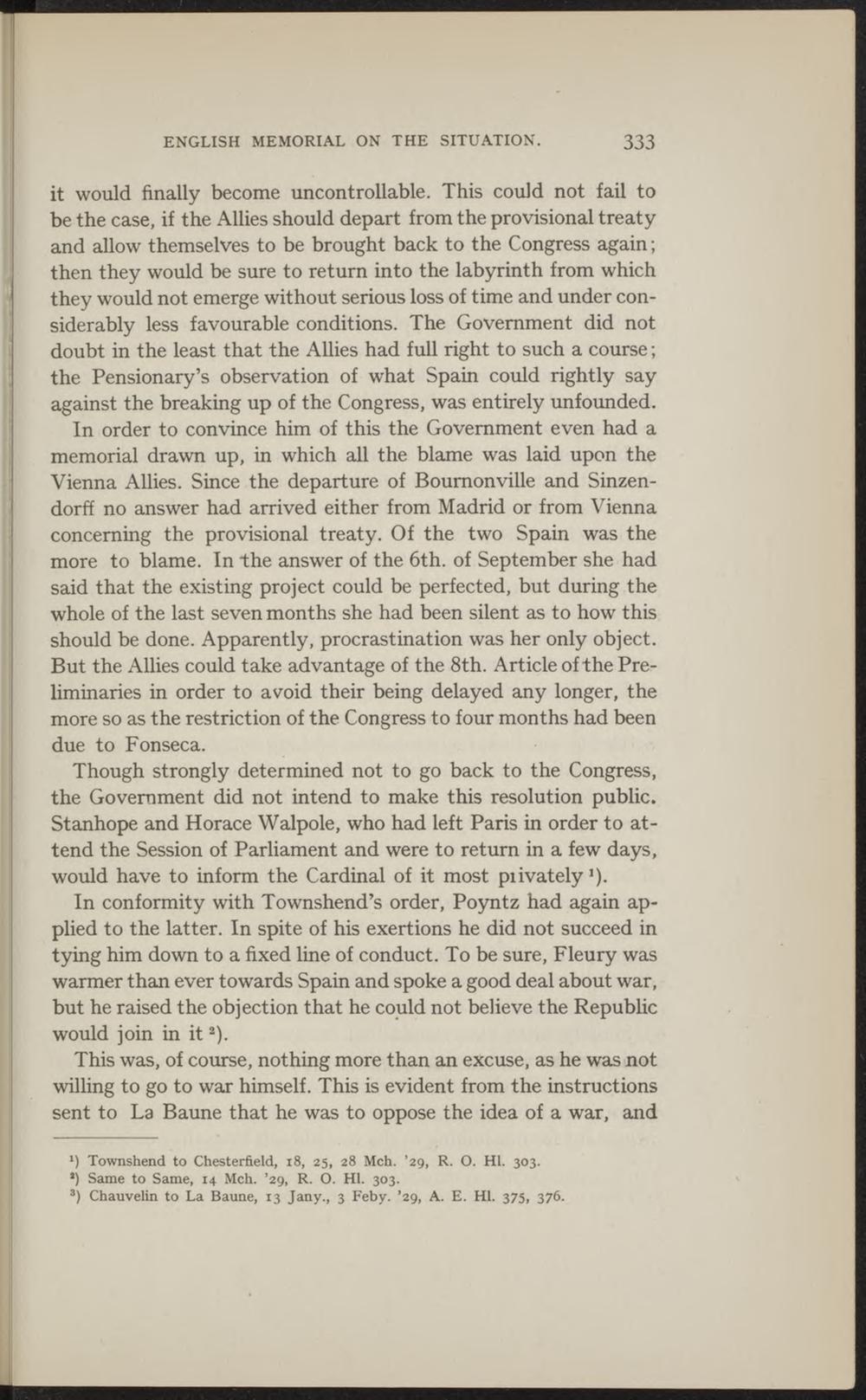 it would finally become uncontrollable. This could not fail to be the case, if the Allies should depart from the provisional treaty and allow themselves to be brought back to the Congress again; then they would be sure to return into the labyrinth from which they would not emerge without serious loss of time and under considerably less favourable conditions. The Government did not doubt in the least that the Allies had full right to such a course; the Pensionary's observation of what Spain could rightly say against the breaking up of the Congress, was entirely unfounded.

In order to convince him of this the Government even had a memorial drawn up, in which all the blame was laid upon the Vienna Allies. Since the departure of Bournonville and Sinzendorff no answer had arrived either from Madrid or from Vienna concerning the provisional treaty. Of the two Spain was the more to blame. In the answer of the 6th. of September she had said that the existing project could be perfected, but during the whole of the last seven months she had been silent as to how this should be done. Apparently, procrastination was her only object. But the Allies could take advantage of the 8th. Article of the Preliminaries in order to avoid their being delayed any longer, the more so as the restriction of the Congress to four months had been due to Fonseca.

Though strongly determined not to go back to the Congress, the Government did not intend to make this resolution public. Stanhope and Horace Walpole, who had left Paris in order to attend the Session of Parliament and were to return in a few days, would have to inform the Cardinal of it most piivately1).

In conformity with Townshend's order, Poyntz had again applied to the latter. In spite of his exertions he did not succeed in tying him down to a fixed line of conduct. To be sure, Fleury was warmer than ever towards Spain and spoke a good deal about war, but he raised the objection that he could not believe the Republic would join in it2).

This was, of course, nothing more than an excuse, as he was not willing to go to war himself. This is evident from the instructions sent to La Baune that he was to oppose the idea of a war, and