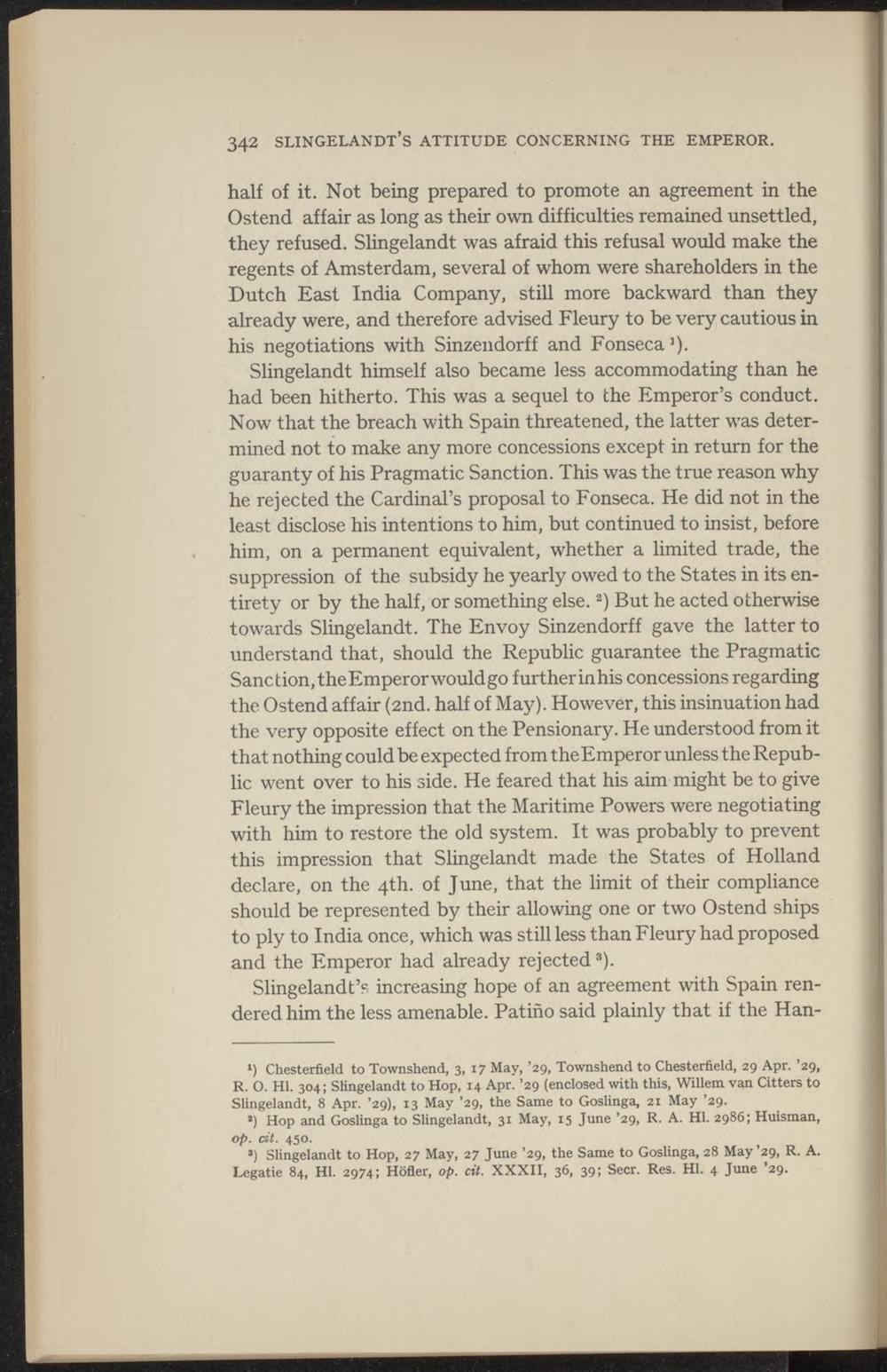 half of it. Not being prepared to promote an agreement in the Ostend affair as long as their own difficulties remained unsettled, they refused. Slingelandt was afraid this refusal would make the regents of Amsterdam, several of whom were shareholders in the Dutch East India Company, still more backward than they already were, and therefore advised Fleury to be very cautious in his negotiations with Sinzendorff and Fonseca1).

Slingelandt himself also became less accommodating than he had been hitherto. This was a sequel to the Emperor's conduct. Now that the breach with Spain threatened, the latter was determined not to make any more concessions except in return for the guaranty of his Pragmatic Sanction. This was the true reason why he rejected the Cardinal's proposal to Fonseca. He did not in the least disclose his intentions to him, but continued to insist, before him, on a permanent equivalent, whether a limited trade, the suppression of the subsidy he yearly owed to the States in its entirety or by the half, or something else.2) But he acted otherwise towards Slingelandt. The Envoy Sinzendorff gave the latter to understand that, should the Republic guarantee the Pragmatic Sanction, the Emperor would go furtherinhis concessions regarding the Ostend affair (2nd. half of May). However, this insinuation had the very opposite effect on the Pensionary. He understood from it that nothing could be expected from the Emperor unless the Republic went over to his side. He feared that his aim might be to give Fleury the impression that the Maritime Powers were negotiating with him to restore the old system. It was probably to prevent this impression that Slingelandt made the States of Holland declare, on the 4th. of June, that the limit of their compliance should be represented by their allowing one or two Ostend ships to ply to India once, which was still less than Fleury had proposed and the Emperor had already rejected 3).

Slingelandt's increasing hope of an agreement with Spain rendered him the less amenable. Patino said plainly that if the Han-