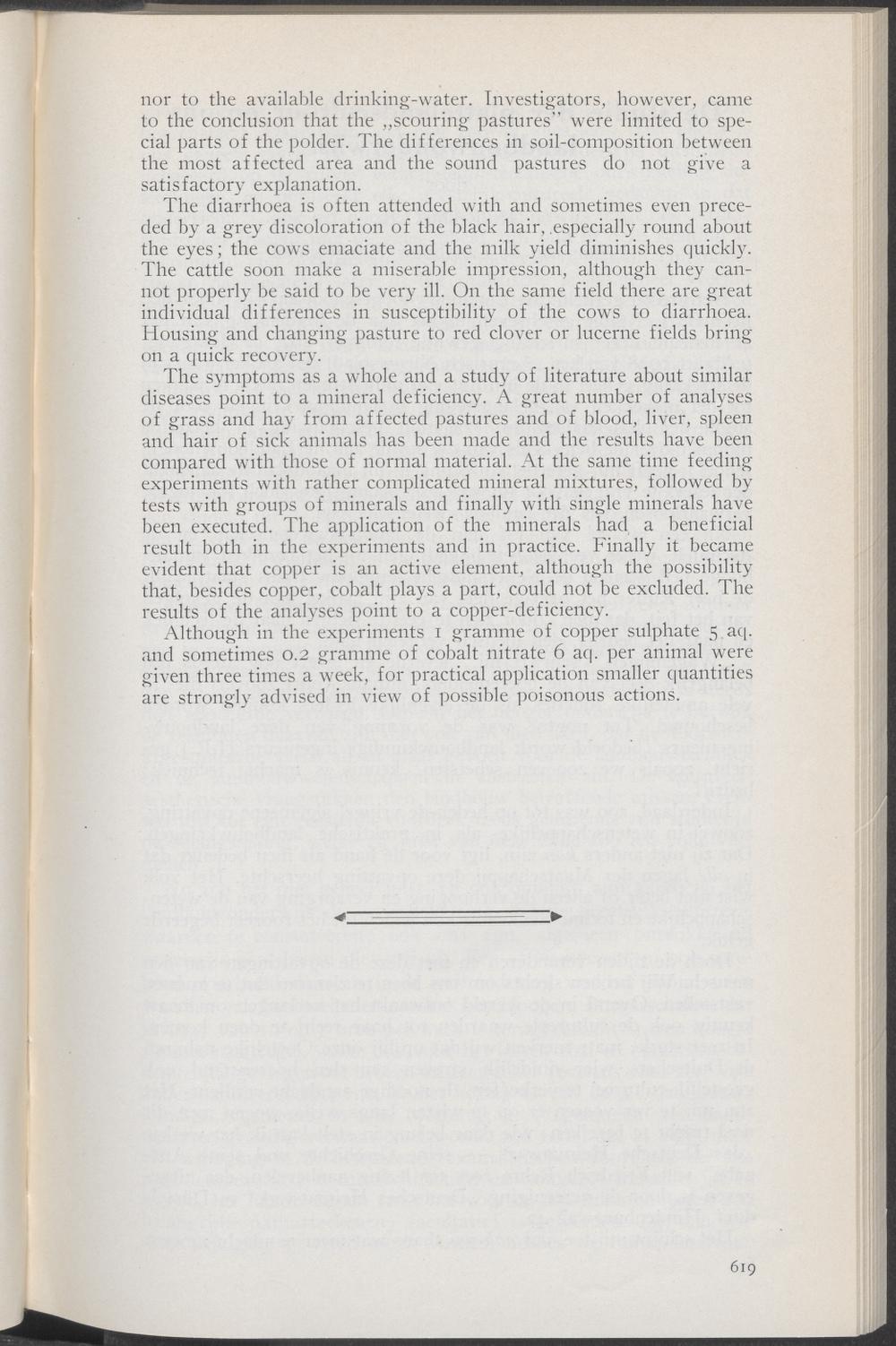 nor to the available drinking-water. Investigators, however, came to the conclusion that the „scouring pastures” were limited to special parts of the polder. The di ff erences in soil-composition between the most affected area and the sound pastures do not give a satisfactory explanation. The diarrhoea is often attended with and sometimes even preceded by a grey discoloration of the black hair, .especially round about the eyes; the cows emaciate and the milk yield diminishes quickly. The cattle soon make a miserable impression, although they cannot properly be said to be very ill. On the sarae field there are great individual differences in susceptibility of the cows to diarrhoea. Housing and changing pasture to red dover or lucerne fields bring on a quick recovery. The symptoms as a whole and a study of literature about similar diseases point to a mineral deficiency. A great number of analyses of grass and hay from affected pastures and of blood, liver, spleen and hair of sick animals has been made and the results have been compared with those of normal material. At the same time feeding experiments with rather complicated mineral mixtures, followed by tests with groups of minerals and finally with single minerals have been executed. The application of the minerals had a beneficial result both in the experiments and in practice. Finally it became evident that copper is an active element, although the possibility that, besides copper, cobalt plays a part, could not be excluded. The results of the analyses point to a copper-deficiency. Although in the experiments x gramme of copper sulphate 5 aq. and sometimes 0.2 gramme of cobalt nitrate 6 aq. per animal were given three times a week, for practical application smaller quantities are strongly advised in view of possible poisonous actions.