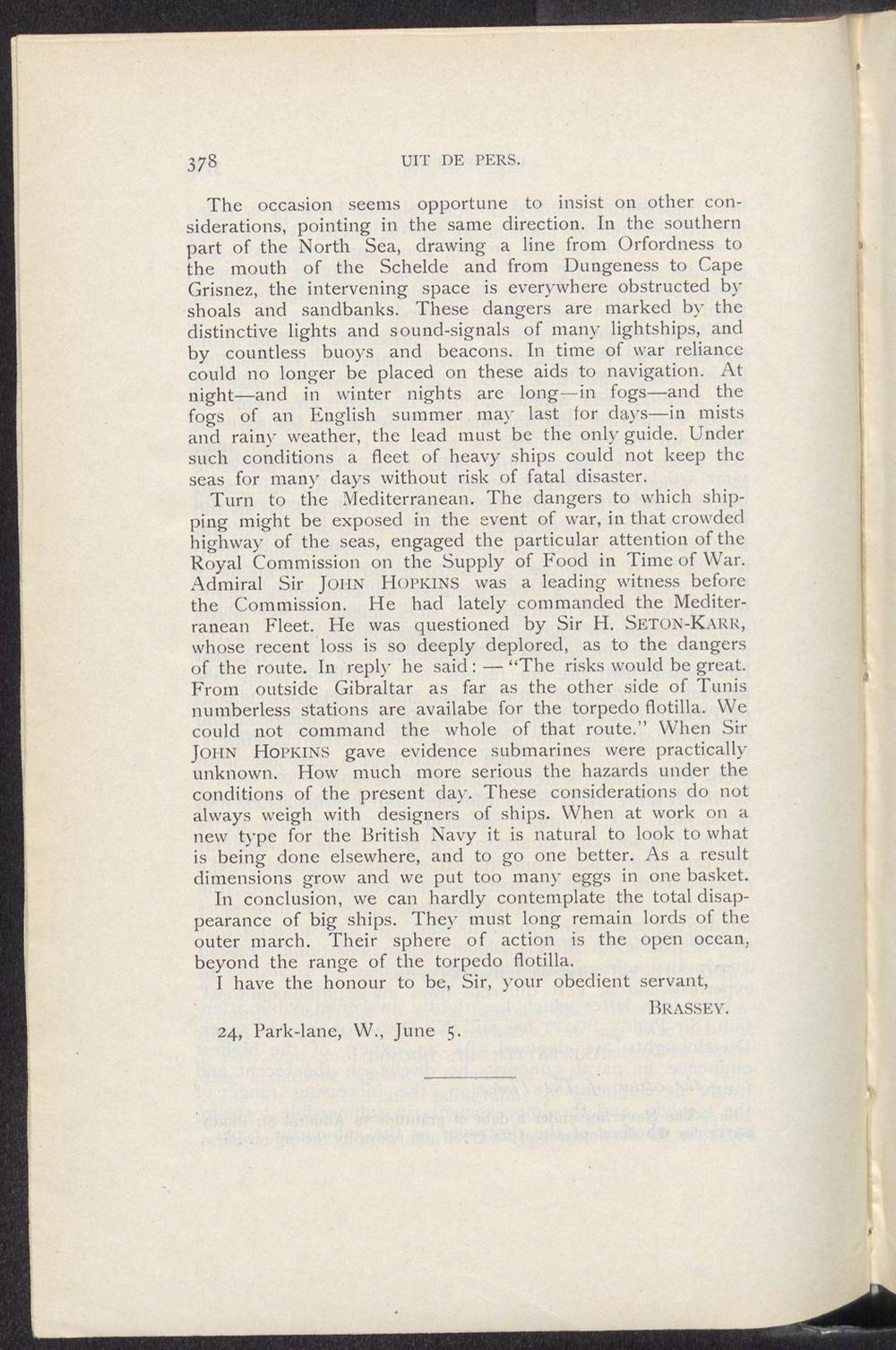 The occasion seems opportune to insist on other considerations, pointing in the same direction. In the southern part of the North Sea, drawing a line from Orfordness to the mouth of the Schelde and from Dungeness to Cape Grisnez, the intervening space is everywhere obstructed by shoals and sandbanks. These dangers are marked by the distinctive lights and sound-signals of many lightships, and by countless buoys and beacons. In time of war reliance could no longer be placed on these aids to navigation. At night—and in winter nights are long—in fogs—and the fogs of an English summer may last for days—in mists and rainy weather, the lead must be the only guide. Under such conditions a fleet of heavy ships could not keep the seas for many days without risk of fatal disaster.

Turn to the Mediterranean. The dangers to which shipping might be exposed in the event of war, in that crowded highway of the seas, engaged the particular attention of the Royal Commission on the Supply of Food in Time of War. Admiral Sir john hopkins was a leading witness before the Commission. He had lately commanded the Mediterranean Fleet. He was questioned by Sir H. Seton-Karr, whose recent loss is so deeply deplored, as to the dangers of the route. In reply he said: — "The risks would be great. From outside Gibraltar as far as the other side of Tunis numberless stations are availabe for the torpedo flotilla. We could not command the whole of that route." When Sir John Hopkins gave evidence submarines were practically unknown. How much more serious the hazards under the conditions of the present day. These considerations do not always weigh with designers of ships. When at work on a new type for the British Navy it is natural to look to what is being done elsewhere, and to go one better. As a result dimensions grow and we put too man)' eggs in one basket.

In conclusion, we can hardly contemplate the total disappearance of big ships. They must long remain lords of the outer march. Their sphere of action is the open ocean, beyond the range of the torpedo flotilla.

I have the honour to be, Sir, your obeclient servant,