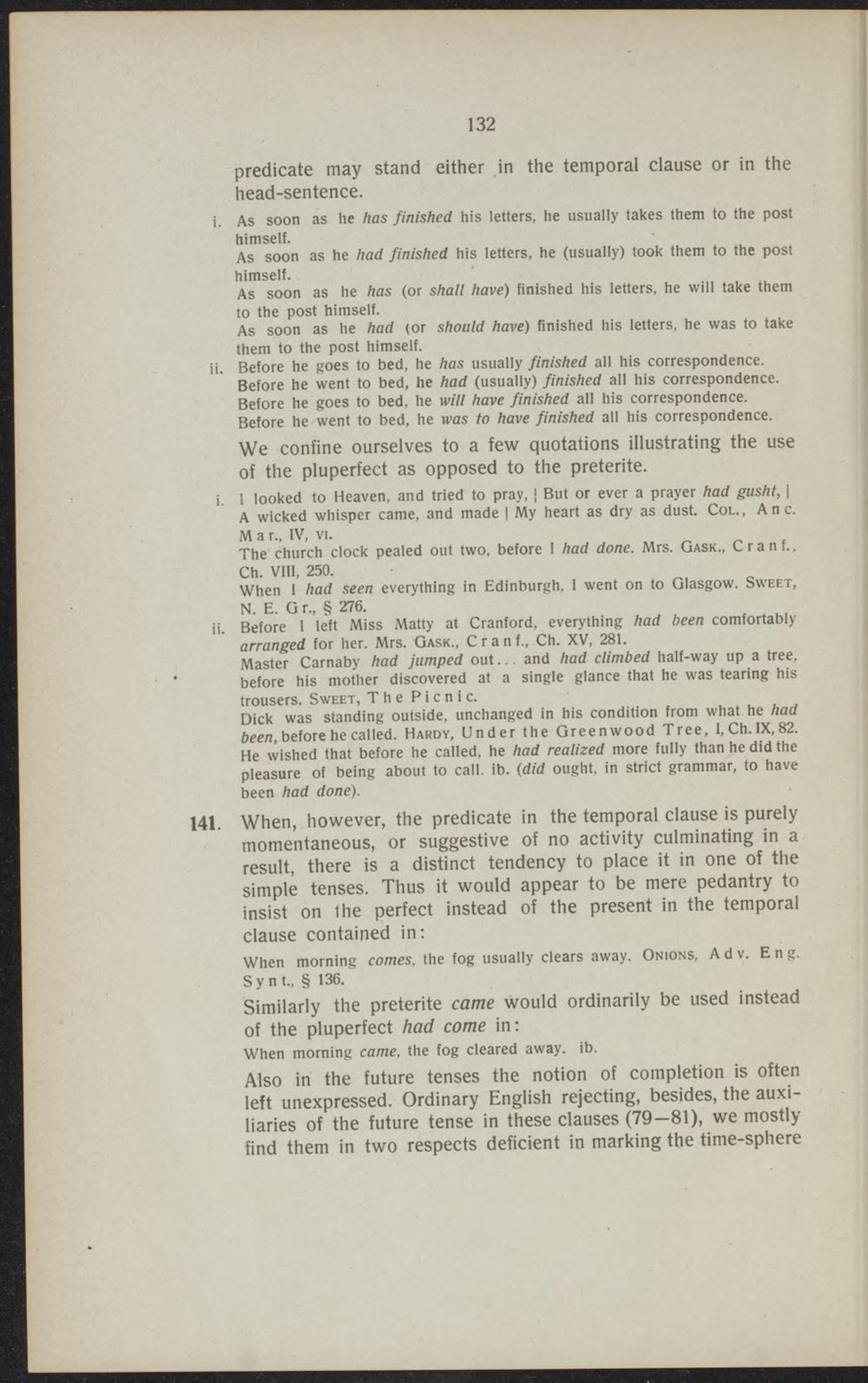 predicate may stand either .in the temporal clause or in the head-sentence.

As soon as he has finished his letters, he usually takes them to the post himself.

As soon as he had finished his letters, he (usually) took them to the post himself. ., Xf£*

As soon as he has (or shall have) finished his letters, he will take them to the post himself.

As soon as he had tor should have) finished his letters, he was to take them to the post himself.

Before I left Miss Matty at Cranford, everything had been comfortably arranged for her. Mrs. Gask, Cranf, Ch. XV, 281. Master Carnaby had jumped out... and had climbed half-way up a tree, before his mother discovered at a single glance that he was tearing his trousers. Sweet, ThePicnic. utJ Dick was standing outside, unchanged in his condition from what he had been before he called. Hardy, Under the Greenwood Tree, I,Ch.IX,82. He wished that before he called, he had realized more fully than he did the pleasure of being about to call. ib. (did ought, in strict grammar, to have been had done).

When, however, the predicate in the temporal clause is purely momentaneous, or suggestive of no activity culminating in a result, there is a distinct tendency to place it in one of the simple tenses. Thus it would appear to be mere pedantry to insist on the perfect instead of the present in the temporal clause contained in:

Similarly the preterite came would ordinarily be used instead of the pluperfect had come in: When morning came, the fog cleared away. ib. Also in the future tenses the notion of completion is often left unexpressed. Ordinary English rejecting, besides, the auxiliaries of the future tense in these clauses (79-81), we mostly find them in two respects deficiënt in marking the time-sphere