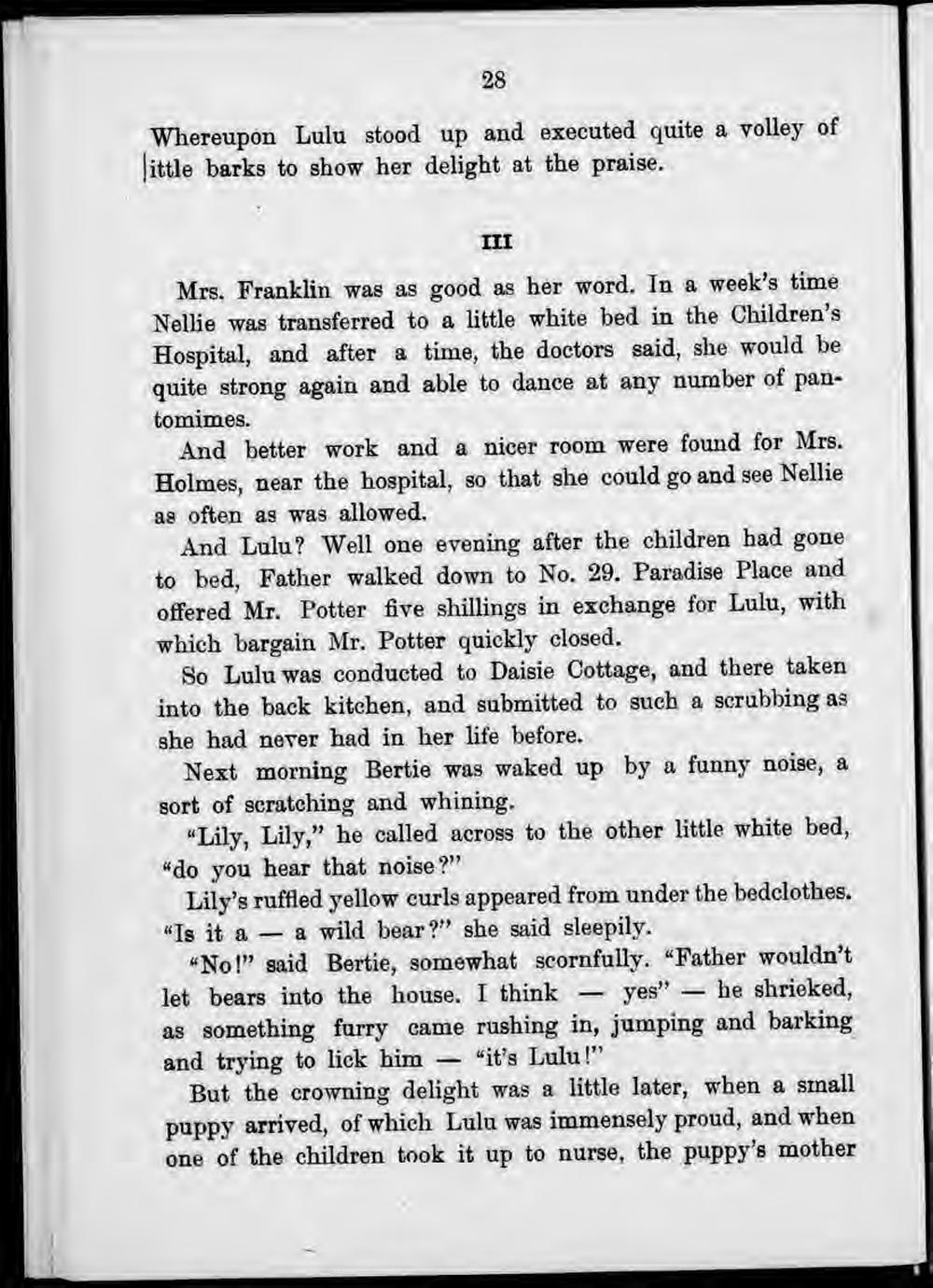 Whereupon Lulu stood up and executed quite a volley of |ittle barks to show her delight at the praise.

Mrs. Franklin was as good as her word. In a week's time Nellie was transferred to a little white bed in the Children s Hospital, and after a time, the doctors said, she would be quite strong again and able to dance at any number of pantomimes.

And better work and a nicer room were found for Mrs. Holmes, near the hospital, so that she could go and see Nellie

as often as was allowed.

And Lulu? Well one evening after the children had gone to bed, Father walked down to No. 29. Paradise Place and offered Mr. Potter five shillings in exchange for Lulu, with which bargain Mr. Potter quickly closed.

So Lulu was conducted to Daisie Cottage, and there taken into the back kitchen, and submitted to such a scrubbing as she had never had in her life before.

Next morning Bertie was waked up by a funny noise, a sort of scratching and whining.

"Lily, Lily," he called across to the other little white bed,

"do you hear that noise?"

Lily's ruffled yellow curls appeared from under the bedclothes. "Is it a — a wild bear?" she said sleepily.

"No!" said Bertie, somewhat scornfully. "Father wouldn't let bears into the house. I think — yes" — he shrieked, as something furry came rushing in, jumping and barking and trying to lick him — "it's Lulu! '

But the crowning delight was a little later, when a small puppy arrived, of which Lulu was immensely proud, and when one of the children took it up to nurse, the puppy's mother