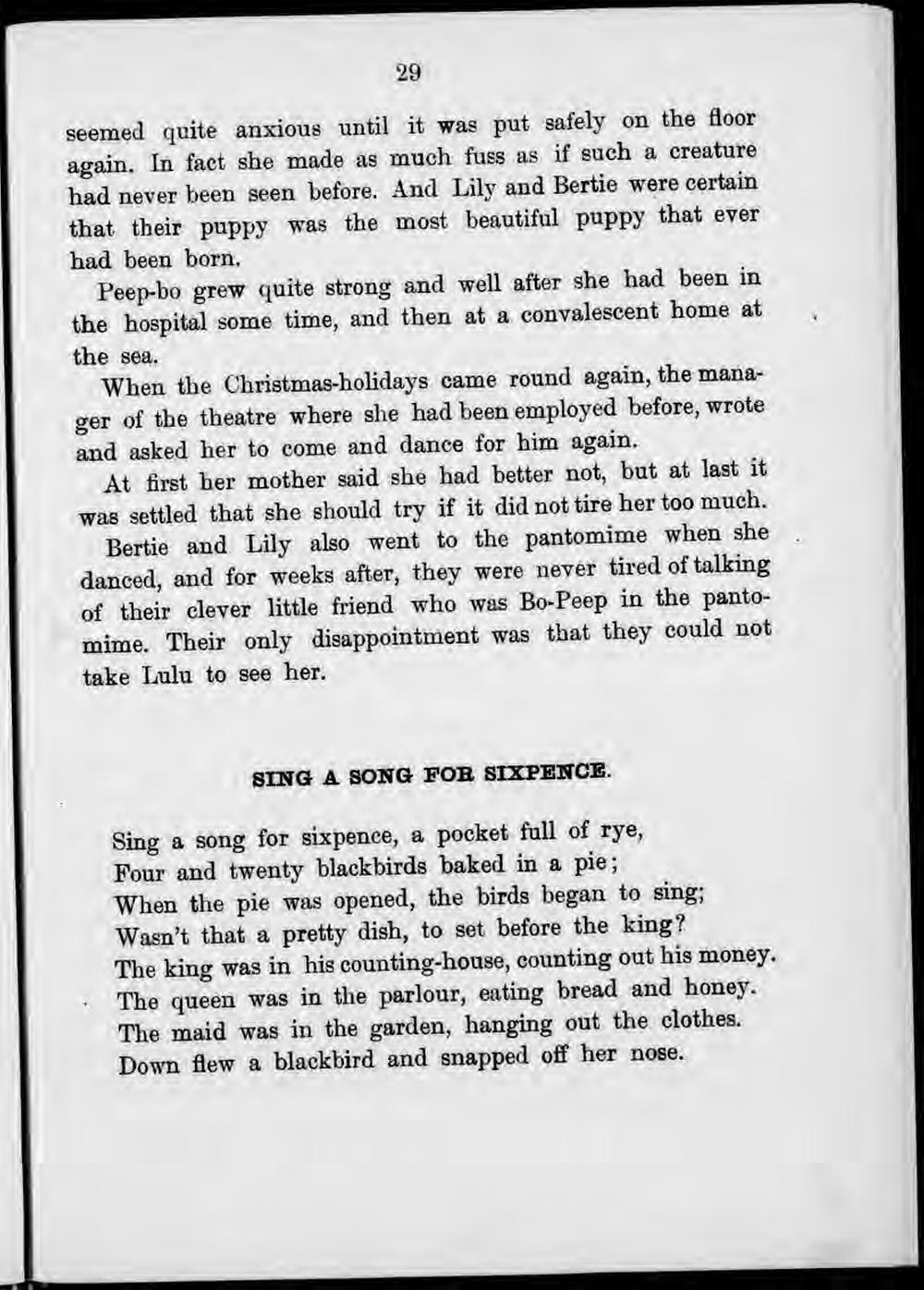 seemed quite anxious until it was put safely on the floor again. In fact she made as much fuss as if such a creature had never been seen before. And Lily and Bertie were certain that their puppy was the most beautiful puppy that ever

Peep-bo grew quite strong and well after she had been in the hospital some time, and then at a convalescent home at

When the Ghristmas-holidays came round again, the manager of the theatre where she had been employed before, wrote and asked her to come and dance for him again.

At first her mother said she had better not, but at last it was settled that she should try if it did not tire her too much.

Bertie and Lily also went to the pantomime when she danced, and for weeks after, they were never tired of talkmg of their clever little friend who was Bo-Peep in the pantomime. Their only disappointment was that they could not

take Lulu to see her.

Sing a song for sixpence, a pocket full of rye,

Four and twenty blackbirds baked in a pie;

When the pie was opened, the birds began to sing; Wasn't that a pretty dish, to set before the kmg? The king was in his counting-house, counting out his money. The queen was in the parlour, eating bread and honey. The maid was in the garden, hanging out the clothes. Down flew a blackbird and snapped off her nose.