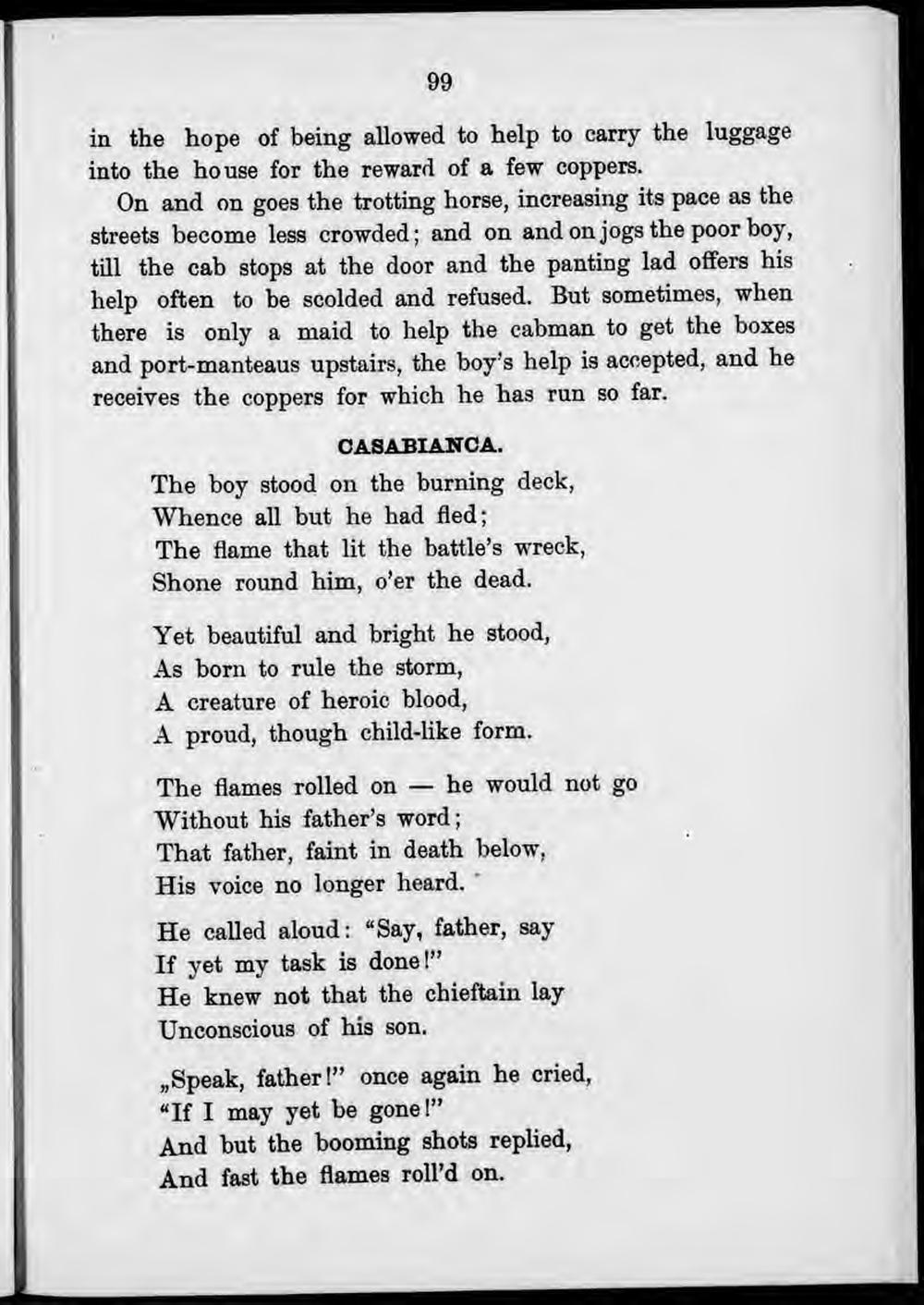 in the hope of being allowed to help to carry the luggage into the house for the reward of a few coppers.

On and on goes the trotting horse, increasing its pace as the streets become less crowded; and on and on jogs the poor boy, till the cab stops at the door and the panting lad offers his help often to be scolded and refused. Bnt sometimes, when there is only a maid to help the cabman to get the boxes and port-manteaus upstairs, the boy's help is aceepted, and he receives the coppers for which he has run so far.

The boy stood on the burning deck,

Whence all but he had fled;

The flame that lit the battle's wreek,

Shone round him, o'er the dead.

Yet beautiful and bright he stood,

As born to rule the storm,

A creature of heroic blood,

A proud, though child-like form.

The flames rolled on — he would not go Without his father's word;

That father, faint in death below,

His voice no longer heard.

He called aloud: "Say, father, say If yet my task is done!"

He knew not that the chieftain lay Unconscious of his son.

„Speak, father!" once again he cried,

And but the booming shots replied,

And fast the flames roll'd on.