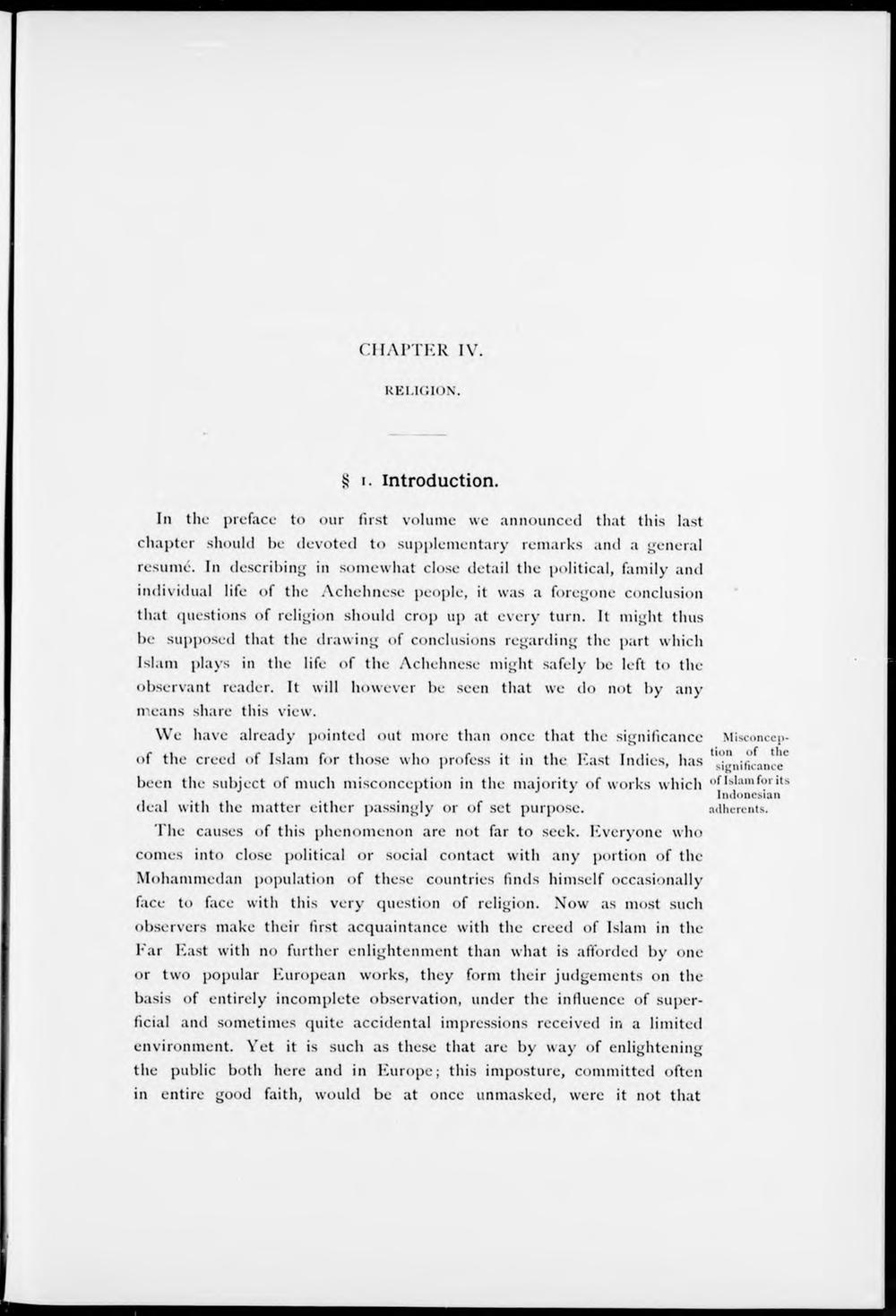 In the prefacc to our fust volume we announced that this last chapter should be devoted to supplementary rcmarks and a general resumé. In describing in somewhat close detail the political, family and individual life of the Achehnese people, it was a foregone conclusion that questions of religion should erop up at every turn. It might tluis be supposed that the drawing of conclusions regarding the part which Islam plays in the life of the Achehnese might safely be left to the observant reader. It will however be seen that we do not by any means share this view.

We have already pointed out more than once that the significance Misconcepof the creed of Islam for those who profess it in the Kast Indies, lias trance' been the subject of nuicli misconception in the majority of works which <>f Islam fonts

deal with the matter either passingly or of set purpose. adherents.

The causes of this phenomenon are not far to seek. Everyone who comes into close political or social contact with any portion of the Mohammedan population of these countries fincis himself occasionally face to face with this very question of religion. Now as most such observers make their first acquaintance with the creed of Islam in the Far Kast with no further enlightenment than wliat is afforded by one or two popular European works, they form their judgements 011 the basis of entirely incomplete observation, under the influence of superficial and sometimes quite accidental impressions received in a limited environment. Yet it is such as these that are by way of enlightening the public botli liere and in Europe; this imposture, committed often in entire good faith, would be at once unmasked, were it not that