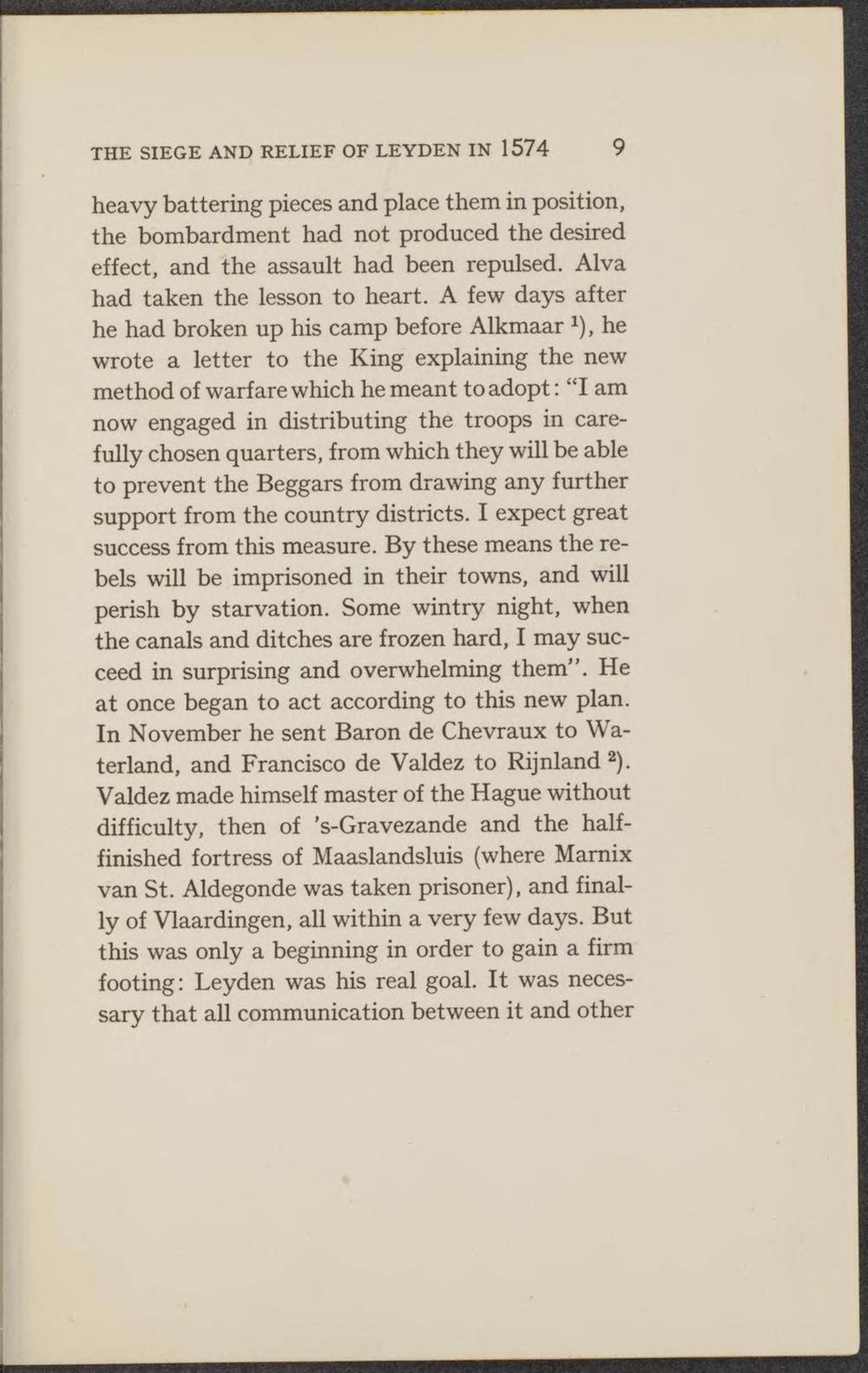 heavy battering pieces and place them in position, the bombardment had not produced the desired effect, and the assault had been repulsed. Alva had taken the lesson to heart. A few days after he had broken up bis camp bef ore Alkmaar1), he wrote a letter to the King explaining the new method of warf are which he meant to adopt: "I am now engaged in distributing the troops in carefully chosen quarters, from which they will be able to prevent the Beggars from drawing any further support from the country districts. I expect great success from this measure. By these means the rebels will be imprisoned in their towns, and will perish by starvation. Some wintry night, when the canals and ditches are frozen hard, I may succeed in surprising and overwhelming them". He at once began to act according to this new plan. In November he sent Baron de Chevraux to Waterland, and Francisco de Valdez to Rijnland a). Valdez made himself master of the Hague without difficulty, then of 's-Gravezande and the halffinished fortress of Maaslandsluis (where Marnix van St. Aldegonde was taken prisoner), and finally of Vlaardingen, all within a very few days. But this was only a beginning in order to gain a firm footing: Leyden was his real goal. It was necessary that all communication between it and other