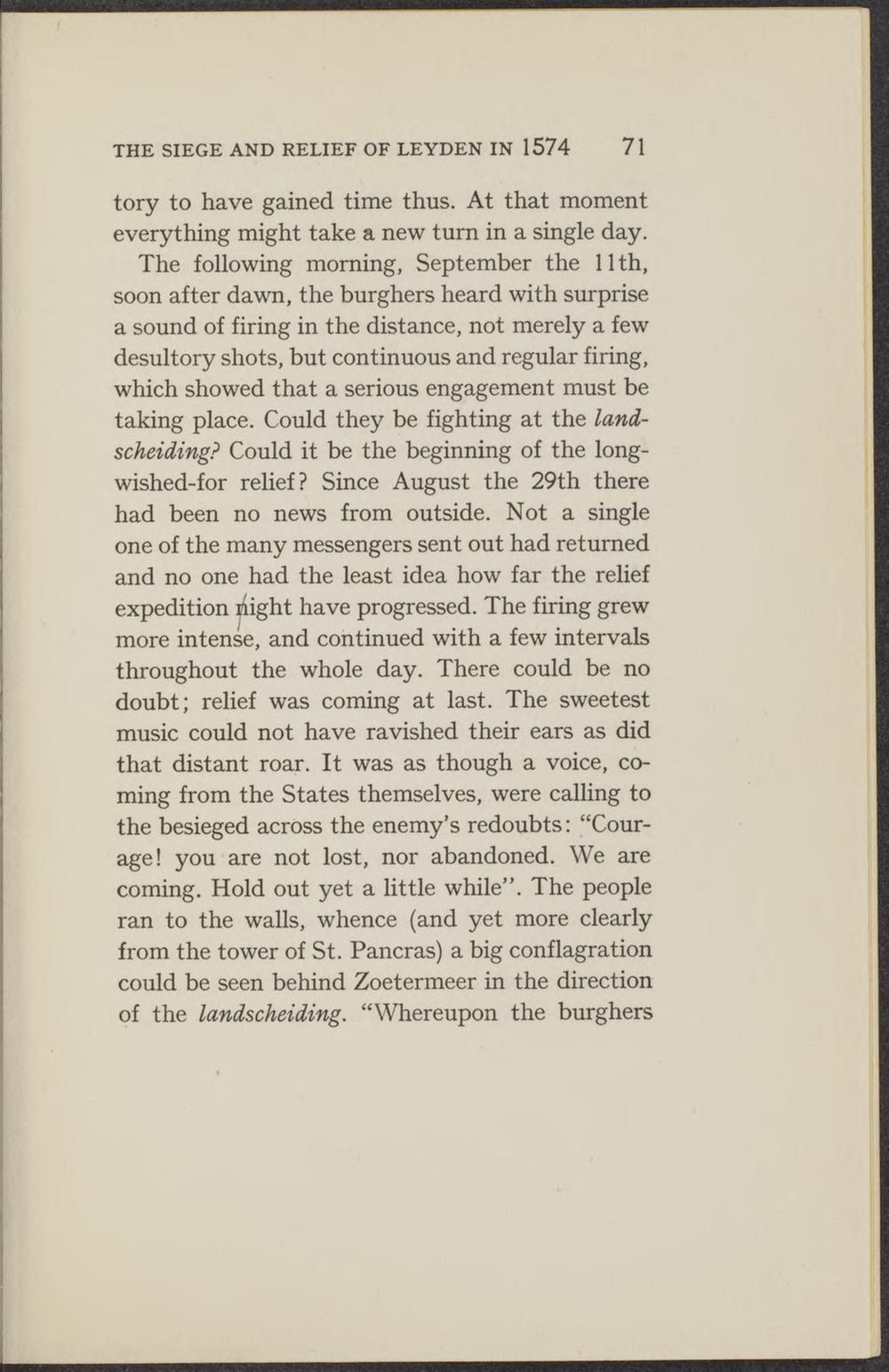 tory to have gained time thus. At that moment everything might take a new turn in a single day.

The following morning, September the llth, soon after dawn, the burghers heard with surprise a sound of firing in the distance, not merely a few desultory shots, but continuous and regular firing, which showed that a serious engagement must be taking place. Could they be fighting at the landscheiding? Could it be the beginning of the longwished-for reliëf? Since August the 29th there had been no news from outside. Not a single one of the many messengers sent out had returned and no one had the least idea how far the reliëf expedition ïiight have progressed. The firing grew more intense, and continued with a few intervals throughout the whole day. There could be no doubt; reliëf was coming at last. The sweetest music could not have ravished their ears as did that distant roar. It was as though a voice, coming from the States themselves, were calling to the besieged acröss the enemy's redoubts: "Courage! you are not lost, nor abandoned. We are coming. Hold out yet a little while". The people ran to the walls, whence (and yet more clearly from the tower of St. Pancras) a big conflagration could be seen behind Zoetermeer in the direction of the landscheiding. "Whereupon the burghers