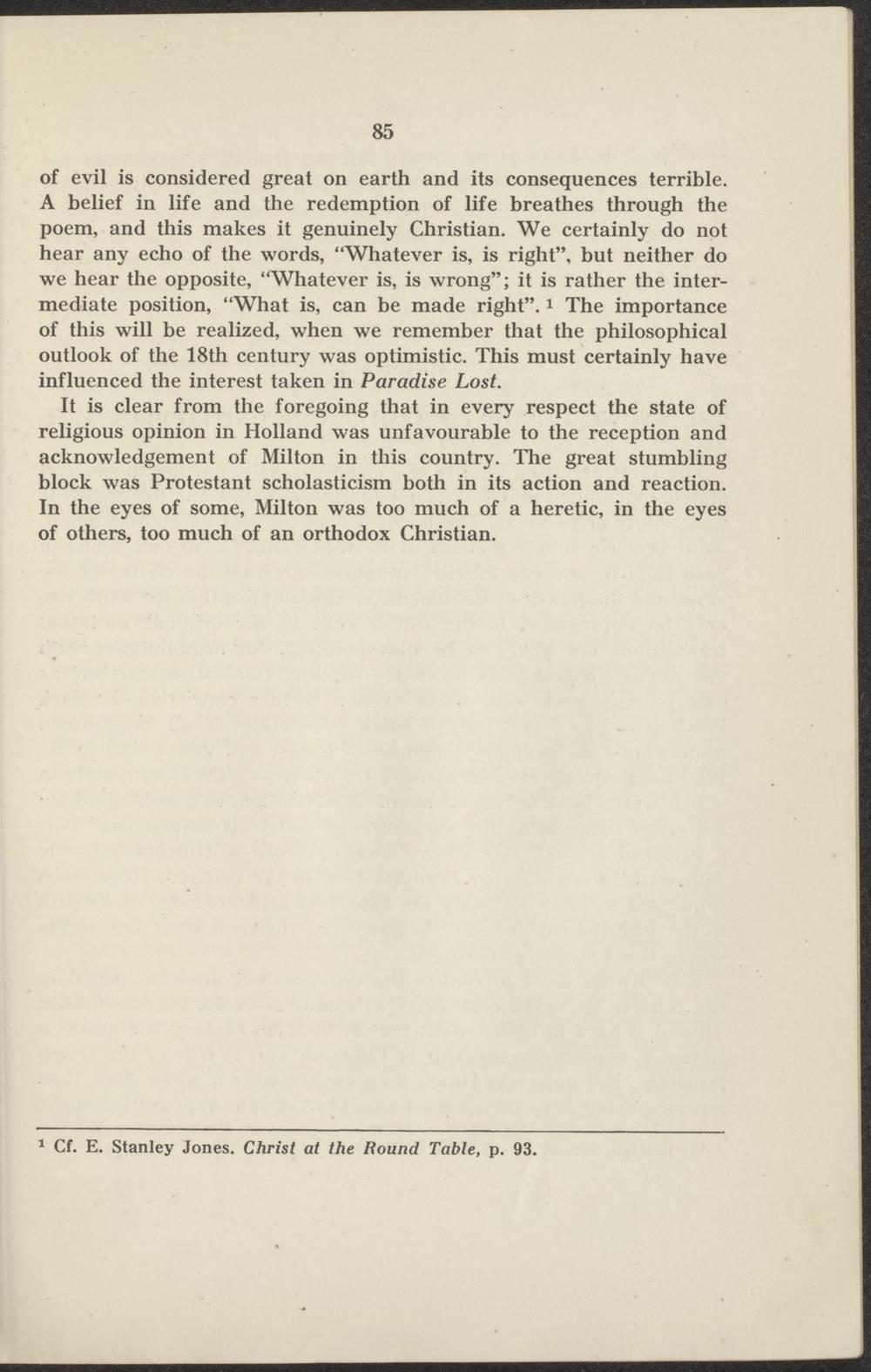 of evil is considered great on earth and its consequences terrible. A belief in life and the redemption of life breathes through the poem, and this makes it genuinely Christian. We certainly do not hear any echo of the words, "Whatever is, is right", but neither do we hear the opposite, "Whatever is, is wrong"; it is rather the intermediate position, "What is, can be made right".1 The importance of this will be realized, when we remember that the philosophical outlook of the 18th century was optimistic. This must certainly have influenced the interest taken in Paradise Lost.

It is clear from the foregoing that in every respect the state of religious opinion in Holland was unfavourable to the reception and acknowledgement of Milton in this country. The great stumbling block was Protestant scholasticism both in its action and reaction. In the eyes of some, Milton was too much of a heretic, in the eyes of others, too much of an orthodox Christian.